Cong Attacks Jaitley for His Criticism of Nehruvian Economics 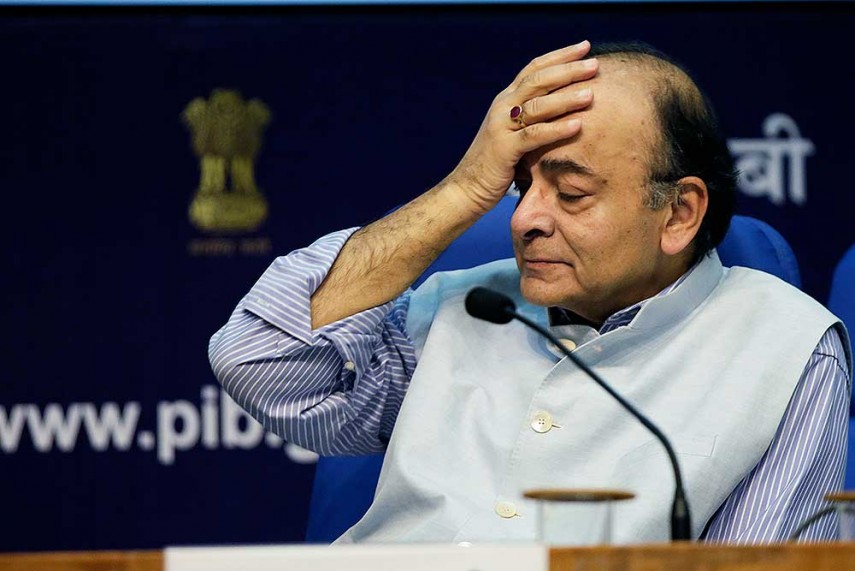 Print
A
A
A
increase text size
Outlook August 20, 2016 22:03 IST Cong Attacks Jaitley for His Criticism of Nehruvian Economics

Congress today attacked Finance Minister Arun Jaitley for his criticism that Nehruvian economics had held the country back, saying his remark was "subjective and partisan" and that he should instead explain why the NDA government was unable to sustain the growth rate "inherited" from the UPA dispensation.

"I am surprised, I can understand that BJP as a party in the present dispensation is averse to the achievements made by (Jawaharlal) Nehru in India's development after its independence. Jaitley's comment is more subjective and partisan and not based on facts.

"The growth rate is flat today. They have changed the methodology, let the old series GDP numbers with the new methodology come, the true picture will come out," Congress' senior spokesperson Anand Sharma said.

Earlier today in Mumbai, Jaitley dubbed former Prime Minister Narasimha Rao as "not a great reformer" or a "big liberaliser" and said that he initiated reforms out of "compulsion" due to failure of Nehruvian economics which held India back while its Southeast Asian neighbours marched ahead.

Sharma said the BJP-led government had inherited a very sound economy and criticism by Jaitley is "unfair and politically motivated".

"India became the first country in the world during the one decade of UPA rule to quadruple the GDP. They have not been able to sustain that," he said, adding that while the Congress-led government was able to create jobs in the manufacturing sector and no investment is taking place now.

Sharma said Nehru was a great builder of institutions and the Finance Minister needed to be reminded of this and that it was because of Nehru that India has been empowered.

"How can the Finance Minister be ignorant of India's achievements," he said, adding that it is due to it that in the 1980s and 1990s, India was able to gallop forward and catch up with the new technological revolutions.

The Congress leader said if the strong foundations were not laid by Nehru, Indian industry, whether public or private sector, would not have been in a position to compete.

"There is absolutely no merit in it, we can may be political opponent, but just to ridicule one's thought and ideology and say that in last 60 years Nehruvian thought has not done anything in the country cannot be taken and I don't think it is palatable to anyone," he said.

"How can you just forget everything, just to say that no government has done anything in the last 60 years. This is something dangerous," the JD(U) leader said.