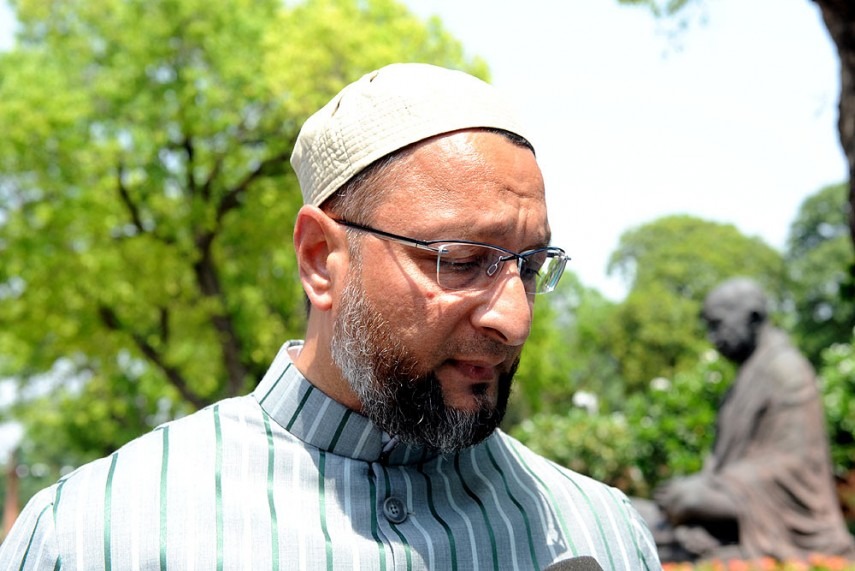 "It is a wrong decision and is unconstitutional. Vande Mataram is our National Song, but there is no act which makes it compulsory to sing, like an act which is there for the National Anthem. Just to promote Hindutva and to end secularism, these kinds of decisions are being taken," Owaisi told ANI.

Further stressing on the same, Owaisi said that rather than promoting Hindutva, the Bharatiya Janata Party (BJP) should promote 'constitution nationalism'.

"We Muslims only worship Allah, neither we praises Mecca nor Prophet Muhammad. But that doesn't mean that we don't love our nation. History has witnessed that we have sacrificed everything for the country and is still ready to do it. But as per the Constitution we have been granted freedom of religion. Why are we only promoting Hindutva," Owaisi asked.


"The real face of the BJP is being unveiled now. Sabka Saath and Sabka Vikas was just a drama, there real intention was to promote Hindutva," he added.

He also hit out at saffron party affiliate Rashtriya Swayamsevak Sangh (RSS) and said secularism is the role model of India, but the Hindutva ideology of the Sangh is making it feeble.

"Secularism is the role model of India, but the Hindutva ideology of Vinayak Damodar Savarkar, M. S. Golwalkar thought and view of defined nationhood is making it weak. The people who are promoting Hindutva are destroying the secularism of this country," he said.

Earlier on Thursday, the Brihanmumbai Municipal Corporation (BMC) issued a notice to make the singing of Vande Mataram compulsory in all BMC run schools.

Mumbai Mayor Vishwanath Mahadeshwar said in a statement that all the BMC run schools will have to sing 'Vande Mataram' twice a week.

The proposal will be sent to the Maharashtra Government for a final approval.

This comes after the Madras High Court had in July ordered the singing of the national song in all educational institutions at least once in a week.

He said, "Vande Mataram should be made compulsory in municipal aided schools at least twice a week. It should be done in order to keep patriotism alive in future generations."

Even Minister of State for Parliamentary Affairs Mukhtar Abbas Naqvi has earlier asserted that one cannot be branded as a traitor just because they refuse to sing 'Vande Mataram'.

The Union Minister, however, clarified that deliberately opposing and protesting against Vande Matram was not called for.