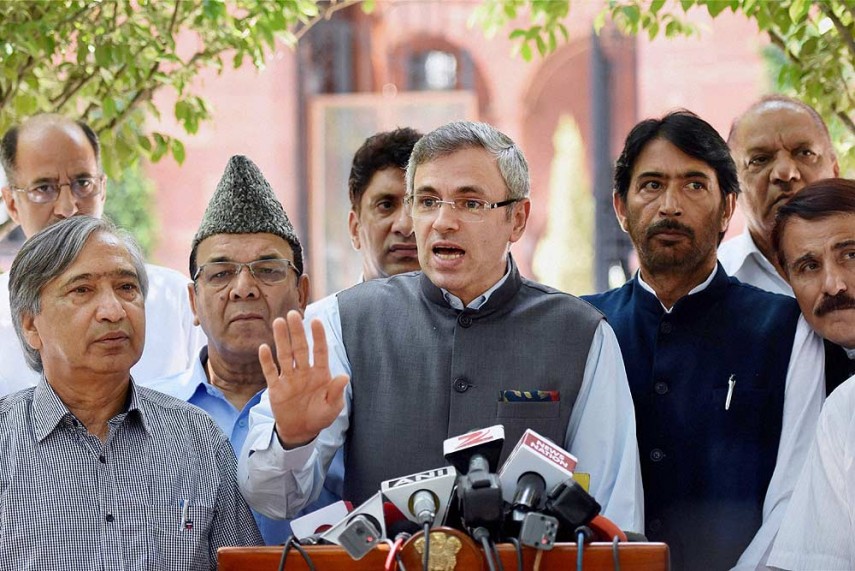 Opposition National Conference working president Omar Abdullah today claimed that there has been complete breakdown of administrative order and machinery in the state as the PDP-BJP coalition government's existence had been restricted to "mere photo-ops and press statements".

In the absence of any visible and tangible work being done on the developmental front for the past two years, the PDP-BJP government has stooped to the level of vandalising existing foundation stones of projects started during the tenure of the previous government, only to be replaced by new foundation stones with the names of their ministers," he alleged.

The former chief minister was addressing his party functionaries at Beerwah in central Kashmir's Budgam district after reviewing development activities in his constituency.

Omar said he has released an amount of Rs 5.5 crore from his 'Constituency Development Fund' in Beerwah segment so far for work on roads, healthcare infrastructure, electricity infrastructure and assistance provided in various other fields of essential public service.

He said the administration should serve the people of every constituency of the state without any prejudice or bias.

My efforts to see Beerwah develop into a model constituency will never cease and as the local elected representative, I will continue to strive and struggle for Beerwah's fair share of developmental funds and projects, Omar said.

It is the duty of the administration to ensure the people of Beerwah are not deprived of what is their due and I will ensure that doesn t happen, he said.

Condemning the "appalling" power curtailments and the lack of essential supplies in the harsh winter, he said the Chief Minister would do well to remember how she marched on the roads with a kerosene lantern when the per-capita power dispensation and general scenario was much better than what is being provided by the PDP-BJP government today.