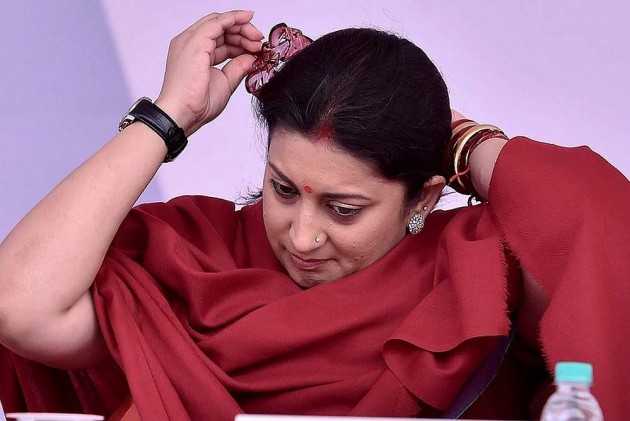 Print
A
A
A
increase text size
Outlook January 09, 2017 20:03 IST Complaint Registered Against a School In UP For Showing Smriti Irani's Video Conference

Complaints were lodged with the police against a private school, on charges of violation of Model Code of Conduct for making students watch an interactive video conference session with Union Minister Smriti Irani without Returning Officer's (RO) permission.

It amounted to violation of the Model Code since there was no permission taken from the RO for which a non-cognisable report was lodged with the police at Bhojipura police station, he said here.

Taking note of the matter, District Magistrate Pankaj Yadav has sought a report from the RO concerned as well as the District Inspector of Schools.

The Model Code bars schools from being used for holding political programmes without permission from authorities.