Come Up With Constructive Suggestions Instead Of Blindly Opposing GST: Venkaiah Naidu Hits Out At P.Chidambaram 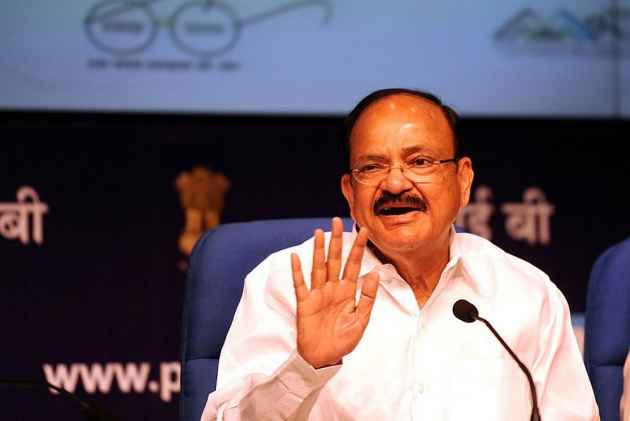 Print
A
A
A
increase text size
Outlook July 07, 2017 16:33 IST Come Up With Constructive Suggestions Instead Of Blindly Opposing GST: Venkaiah Naidu Hits Out At P.Chidambaram

The Congress should come up with constructive suggestions on GST instead of blindly opposing it, Union minister M Venkaiah Naidu said today as he hit out at former finance minister P Chidambaram for his comments against the tax reform.

Describing the Modi government's Goods and Services Tax GST) law as "very, very imperfect", the Congress leader had said yesterday it could not be labelled "one nation, one tax" since it had seven or more tax rates.

Reacting to the comment, Naidu said Chidambaram wanted "to dampen the positivity emerging out of the transition towards GST".

Instead of "blindly opposing and criticising" the GST, the Congress should come up with "constructive" suggestions, the information and broadcasting minister told reporters here.

Claiming that it had been "widely welcomed by one and all" across the country, "except the habitual tax evaders", Naidu said some people may be facing problems because of the lack of "proper understanding" of the system.

Central ministers and Members of Parliament of the BJP and its allies would tour the states to interact with the people and spread awareness on the taxation reform, he said.

The minister said there would be some hiccups in the beginning as reforms were not "cast in stone" but improved with experience.

Naidu also read out extracts from speeches of Congress leaders where they had supported the GST.

He said the reform was initiated by former Prime Minister Atal Bihari Vajpayee and not by the UPA as the Congress was claiming.

The minister also compared the implementation of the GST with economic reforms undertaken in 1991 by the then Congress government.