A special court today commenced trial in a coal block allocation scam case involving Jharkhand Ispat Pvt Ltd (JIPL) and its two directors by recording the statement of a bank official who had accompanied the CBI team that had searched the house of an accused.

P K Mishra, now a branch manager of Punjab National Bank at Odisha, appeared before the court as the first CBI witness and spoke about the search conducted at the residence of JIPL director R S Rungta, who is facing trial.

He told Special CBI Judge Bharat Parashar that on March 11, 2013 while being posted at Ranchi, he had gone to CBI office there where an agency officer and a law officer in Ranchi's Central Bank, P N Pathak, asked him to accompany the search team.

"During the course of search operation, some documents were recovered from the cupboard of one bedroom on the ground floor itself," he told the court.

After carrying out the search, a report was prepared by CBI officers and he and Pathak had signed it, Mishra said.

On being shown the document by senior public prosecutor A P Singh, he identified his signature on it and said, "I had put my signatures on all the documents which were recovered though I have not gone through the contents of the said documents."

The court concluded recording his statement and fixed the case for tomorrow to record the evidence of another witness.

Besides JIPL, its two directors R S Rungta and R C Rungta are facing trial for alleged offences under sections 120-B (criminal conspiracy), 467 (forgery of a valuable security), 468 (forgery for the purpose of cheating), 420 (cheating) and 471 (using as genuine a forged document) of the IPC.

They are accused of securing allotment of North Dhadu coal block in Jharkhand allegedly on the basis of false and forged documents.

He also denied the suggestions of the defence counsel that he was deliberately withholding information to most of the questions being put to him by saying "I do not remember".

After the recording of statement of Mishra, the prosecutor sought court's permission to drop P N Pathak as a prosecution witness in the case, saying he was a witness of repetitive facts regarding which Mishra has already deposed.

Both the Rungtas' were granted bail by the court earlier after they had appeared before it in pursuance to summons.

Besides these three, two other persons - Ramabatar Kedia and Naresh Mahto - were also summoned as accused but since both have died, the proceedings against them have been abated by the court.

The court had on March 16 framed charges against JIPL and both the Rungtas' for alleged offences of criminal conspiracy, cheating, forgery of valuable security, forgery for the purpose of cheating and using a forged document as genuine.

In its charge sheet, CBI has said that it had found in the probe that JIPL had "grossly misrepresented" a number of aspects before the ministries of Steel and Coal to inflate their claim, thereby inducing Coal Ministry officers and the screening committee to allocate the coal block to them. 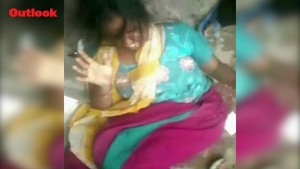