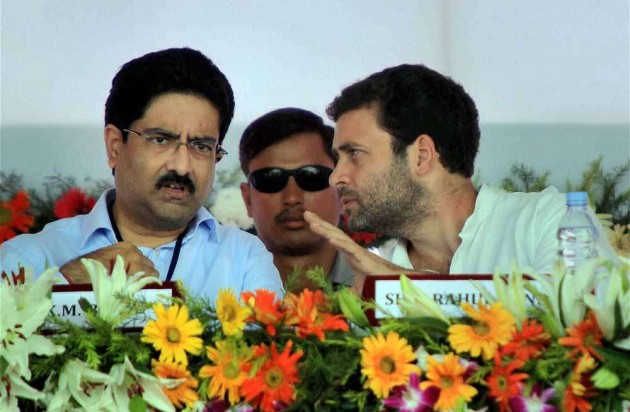 CBI today told a Delhi court that there was "prima facie enough material" to proceed against some private parties and public servants in a coal blocks allocation scam case in which industrialist Kumar Mangalam Birla and former coal secretary P C Parakh have been named as accused.

"Arguments heard. Special Public Prosecutor states that from the over all facts and circumstances, there is prima facie enough material on record to take cognizance of various offences under Prevention of Corruption Act and IPC against the private parties and some of the public servants involved in the process of allocation of impugned coal block.

"A compilation of the relevant documents has also been filed for a ready reference. Matter now be put up for consideration on November 25,2014," Special CBI Judge Bharat Parashar said.

The Supreme court appointed-special public prosecutor (SPP) R S Cheema for CBI submitted before the judge that the court can take cognisance of the offences mentioned in the closure report as there was prima facie "evidence against the accused to show their involvement".

During the hearing, Cheema along with CBI prosecutors V K Sharma and A P Singh, said, "We are asking for cognisance on the closure report as there was evidence against the accused to show their involvement".

The judge asked the prosecutor that if the court decides to take cognisance of the offences, will the agency be ready with its documents.

To this, Cheema said some further investigation was required in the matter and rest everything was ready.

The investigating officer also placed on record a compilation of relevant documents relating to the case.

The CBI stand seeking prosecution of the accused came after the court had on September 12 questioned the agency for showing hurry in closing the case in which FIR was registered against Birla, Parakh and others.

On October 21, the agency filed a revised final closure report in the case.

The FIR against Birla, Parakh and others was registered in October last year by CBI which had alleged that Parakh had reversed his decision to reject coal block allocation to Hindalco within months "without any valid basis or change in circumstances" and shown "undue favours".

The FIR relates to allocation of Talabira II and III coal blocks in Odisha in 2005.

CBI had booked Birla, Parakh and other officials of Hindalco under various IPC sections, including criminal conspiracy and criminal misconduct on the part of government officials.

In its FIR, the agency had alleged that during the 25th Screening Committee meeting, chaired by Parakh, applications of Hindalco and Indal Industries were rejected for mining in Talabira II and III "citing valid reasons".

Continue FREE with Ads Pay Rs. 1 to Read Without Ads
READ MORE IN:
Birlas Business
Next Story : Some Problems Take Care of Themselves: Jaitley on Sena-BJP Row
Download the Outlook ​Magazines App. Six magazines, wherever you go! Play Store and App Store