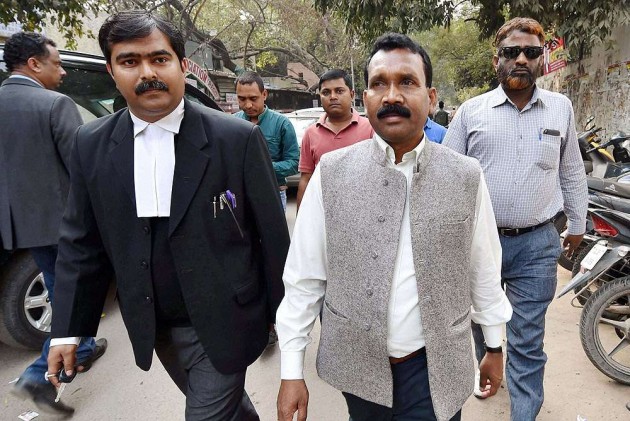 Former Jharkhand Chief Minister Madhu Koda, former Coal Secretary H C Gupta and seven others were today put on trial by a special court in connection with a case pertaining to alleged irregularities in allocation of a coal block in Jharkhand.

Special CBI Judge Bharat Parashar framed charges against these nine accused for alleged offences punishable under sections 120-B (criminal conspiracy) read with 409 (criminal breach of trust by public servant) and 420 (cheating) of IPC and under relevant provisions of Prevention of Corruption Act.

"In terms of order dated July 14, charge for the offences under section 120-B and under section 120-B read with sections 409/420 IPC and 13(1)(c)/13(1)(d) the PC Act has been framed separately against all the accused i.E. M/s VISUL, H C Gupta, Basant Kumar Bhattacharya, Bipin Bihari Singh, Ashok Kumar Basu, Madhu Koda, Vijay Joshi, Vaibhav Tulsyan and Navin Kumar Tulsyan....," the court said.

The court framed the charges after the accused did not plead guilty and claimed trial in the case relating to coal block allocation Rajhara North (Central and Eastern).

The court has now fixed the matter for August 17 for admission and denial of documents by the accused.

The plea for admission and denial of documents was moved by CBI and the court fixed three dates for it considering the voluminous nature of documents and number of accused.

"However, immediately after the conclusion of exercise of admission/denial of documents, dates of recording of prosecution evidence shall be fixed on August 19," it said.

On July 14, the court had ordered to put these accused on trial observing that various acts of omission and commission committed by them prima facie made it clear that they had conspired with a "sole objective" to accommodate VISUL in Rajhara North (Central and Eastern) coal block in Jharkhand.

Basant Kumar Bhattacharya was the then section officer in Department of Mines of Jharkhand while Bipin Bihari Singh was the then Director Mines in Jharkhand.

CBI, in its charge sheet, had said that VISUL had applied for allocation of Rajhara North coal block on January 8, 2007 to the Ministry of Coal.

CBI had alleged that although Jharkhand government and the Steel Ministry did not recommend VISUL's case for the coal block allocation, the 36th Screening Committee recommended the block to the accused firm.