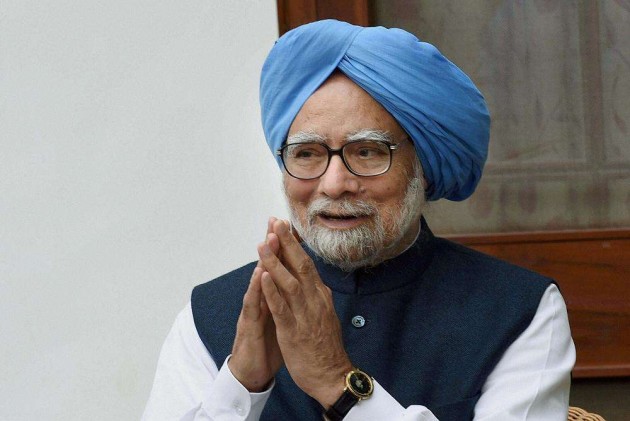 A special court today fixed July 15 for hearing a coal block allocation scam case in which the Supreme Court had on April 1 stayed the summons issued against former Prime Minister Manmohan Singh, industrialist Kumar Mangalam Birla and others.

Special CBI Judge Bharat Parashar, who had on March 11 summoned Singh and others as accused for today, deferred the hearing, observing that the operations of the order passed by him have been stayed by the apex court.

The special court had on December 16, last year refused to accept the CBI's closure report filed in the case and had directed the agency to further investigate the matter and examine Manmohan Singh and other PMO officials.

The CBI had later filed its supplementary final report in the court, which had on March 11 summoned Singh, Birla, former Coal Secretary P C Parakh, Hindalco Industries Ltd and its two top officials Shubhendu Amitabh and D Bhattacharya in the case pertaining to allocation of Talabira-II coal block in Odisha in 2005.

On April 1, the apex court had stayed the trial court order summoning them as accused and the proceedings before it.

"We issue notice on all six petitions. The trial court order shall remain stayed," a bench of justices V Gopala Gowda and C Nagappan had said, adding the consequential proceedings "arising out" of the summoning order shall also remain stayed.

Singh's plea in apex court had contended that the trial court had exceeded its jurisdiction by attributing criminality in administrative decisions of the Prime Minister, who was also holding the Coal portfolio then.

It had said the trial court's decision to summon the former Prime Minister was a "grave mistake both in law" and "understanding of evidence".

The apex court had also issued notice to Centre on a separate plea filed by Hindalco Industries Ltd challenging the constitutional validity of section 13 (1)(d)(iii) (public servant obtaining for any person any valuable thing or pecuniary advantage without any public interest) of the Prevention of Corruption (PC) Act.

The Special CBI court had on March 11 said that it was prima facie clear that "there was a concerted joint effort" by Parakh and Singh to "somehow accommodate M/s HINDALCO in Talabira-II, coal block."

The CBI, in its FIR, had named Parakh, Birla, M/s Hindalco Industries Ltd and other unknown persons for alleged offences under Section 120-B (criminal conspiracy) of the IPC and under provisions of the PCA.

However, the agency had later on filed a closure report in the court, which had refused to accept it.

The court had summoned the six accused for the alleged offences punishable under Sections 120B (criminal conspiracy) and 409 (criminal breach of trust by public servant, or by banker, merchant or agent) of the IPC and under the provisions of the Prevention of Corruption Act.