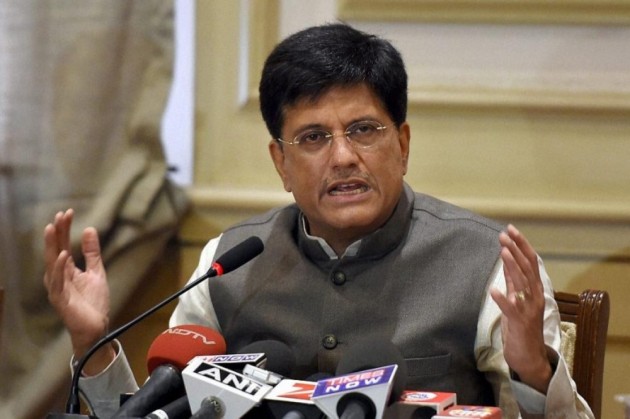 Lashing out at former prime minister Manmohan Singh for his criticism of demonetisation, Union Power Minister Piyush Goyal on Sunday said it was the UPA government who did the "height of organised loot" and "mismanagement of economy" in allocation of coal blocks.

Goyal delivered a speech on demonetisation and its future effects on Indian economy at a city-based college.

Singh had termed demonetisation a "monumental management failure" and "organised loot" during a debate on the issue in Parliament.

He claimed that during the UPA government there was "competition over scams" like CWG, Adarsh, 2G, Augusta Westland.

"When we are now acting against black money and corruption, the same person, who was leading the then government, who was custodian of all the system and an economist, is calling this historical move an 'organise loot'," he said.

On the nation-wide protest called by Opposition on Monday, he said any sane person in the country has understood that the people of the country have stood in the support of the decision.

"The people of this country have shown immense faith and trust in Modiji and despite bearing hardships, everybody is saying that Modiji has done a good job," he said.

There will be benefits in the long run as the move will help eradicate unemployment, poverty in the country and farmers, women, underprivileged and unorganised sector will be benefited, he said.

Asked about the government's move against 'benami properties' he said in last three budgets, several moves were taken to fight against black money and corruption.

"In future, you will see more thrust on ease of business and ease of taxation," said Goyal.

Appealing youths in Pune, Goyal said being an intellectual city, entrepreneurship and technology hub and epicentre of education, Pune has the potential to become the first city to go 100 per cent cashless by adopting e-payments options.

"I was speaking to youths today and an idea came into the mind that why we should not form an action committee for digital payments and set up a target of 15 days to go about the transformation.

"Through this action committee, youths can reach out to the society and arrange camps and help small traders, merchants, small time vendors and shop keepers to adopt digital payment options which are available in the market and lead towards the first 100 per cent cashless city," he added.

Continue FREE with Ads Pay Rs. 1 to Read Without Ads
READ MORE IN:
Piyush Goyal National
Next Story : RSS' Vision of Development Will be Vision of India: Bhagwat
Download the Outlook ​Magazines App. Six magazines, wherever you go! Play Store and App Store