Clash in Rajya Sabha Over Azad's Remarks on Uri Attack 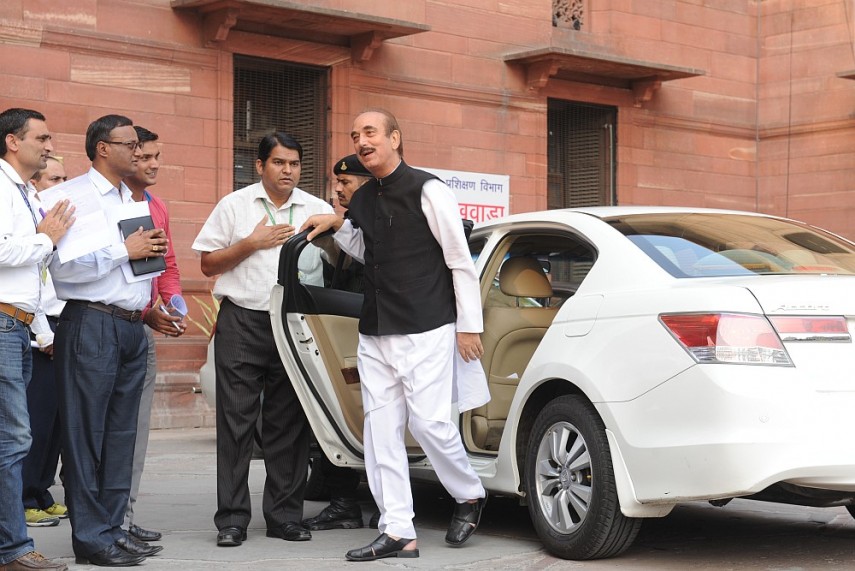 Print
A
A
A
increase text size
Outlook November 17, 2016 20:46 IST Clash in Rajya Sabha Over Azad's Remarks on Uri Attack

Rajya Sabha today witnessed a sharp clash after Leader of Opposition Ghulam Nabi Azad made certain comments linking Uri terror attack casualties to the deaths during demonetisation "crisis", which the ruling side termed as "anti-national" and wanted an apology from Congress.

Heated exchanges broke out between treasury and opposition benches after Azad said 40 people had died following government's decision on demonetisation and that these many casualties had not occurred even in the terror attack on Uri army camp. 18 army personnel were killed in that attack.

"Who should be punished" for the death of these 40 people which occurred due to "wrong policy" on demonetisation, he asked and added that "millions of people are troubled. BJP and Government is responsible."

This comment by Azad drew massive protests from BJP members with Information and Broadcasting Minister M Venkaiah Naidu saying the remarks are "anti-national".

An angry Naidu said Pakistan would use these comments against India and that Congress should apologise for it.

Chaos followed and the House was prematurely adjourned for the day, minutes past 3 PM.