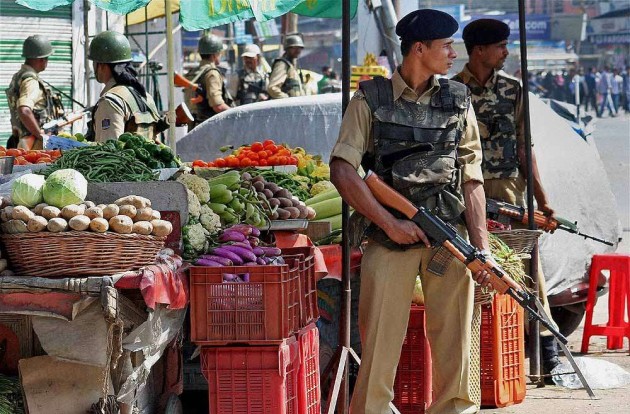 A Central Industrial Security Force (CISF) jawan was killed today and another injured in a militant attack in the heart of Srinagar city.

The attack near Iqbal Park took place at 10:25 am when the two CISF jawans were shopping in the busy market near the park, Police said.

Police said the militants, who were two in number, used silencer-fitted pistols and fired from a point blank range at the jawans who were not carrying any arms with them.

The jawans were rushed to a hospital here, but one of them succumbed to the injuries, while the other is being treated, it said.

Security forces have cordoned off the area and a massive manhunt has been launched to nab the assailants, police said.