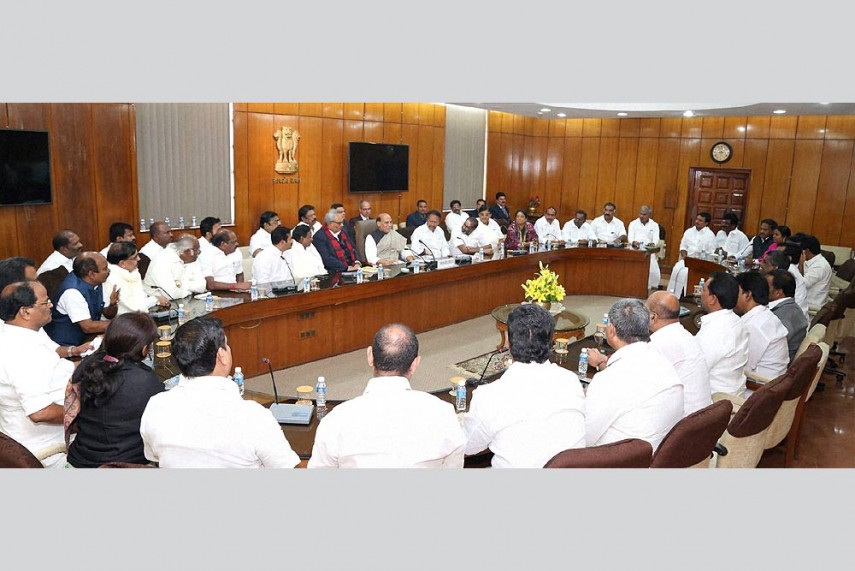 The files related to the framework agreement with the NSCN-IM should be produced before it in case the Home Ministry wants to decline disclosure under the RTI Act, the CIC has held.

The agreement with the Naga insurgent group was announced in a media briefing in the presence of Prime Minister Narendra Modi on August 3, 2015.

The case relates to an RTI application filed by Venkatesh Nayak of Commonwealth Human Rights Initiative but the Home Ministry denied to disclose it saying it would attract section (1)(a) of the RTI Act.

Nayak said the Home Ministry did not adequately explain the harm that would be caused to any of the protected interest under section 8(1)(a) of the RTI Act.

The section allows withholding the information, the disclosure of which will be prejudicially affect the sovereignty and integrity of India, the security, strategic, scientific or economic interests of the State, relation with a foreign State or lead to incitement of an offence.

"That it is crucial for the citizenry, of which this complainant (Nayak) is a part, to have access to official information about the framework agreement on the basis of which negotiations are being conducted with non-State actors," he had said in his submissions before the Commission.

During the hearing before the Commission, the Home Ministry had claimed that it does not have any files related to the agreement as they were held by the Joint Intelligence Committee.

In an interim order, the Commission had directed the Ministry to ascertain whether JIC comes under it or is an independent public authority under the RTI Act.

The Home Ministry has now said that JIC comes under it and it will take a call on future course of action.

The Commission said the CPIO is required to apply her mind independently to advice received from Office of the interlocutor and government representative for Naga peace talks to the contents of the RTI application for making a decision on whether to provide information.

"It is to be further noted that in case, the respondent decides that the information is not to be disclosed, then the concerned file(s) should be made available before the Commission for perusal on the next date of hearing," Chief Information Commissioner R K Mathur said in a recent order.

Minister of State for Home Affairs Kiren Rijiju had said in Parliament that details of the final settlement are being worked out within the parameters of the Framework Agreement.

"Hence it would be premature to make public the Framework Agreement," Rijiju has said on March 15.