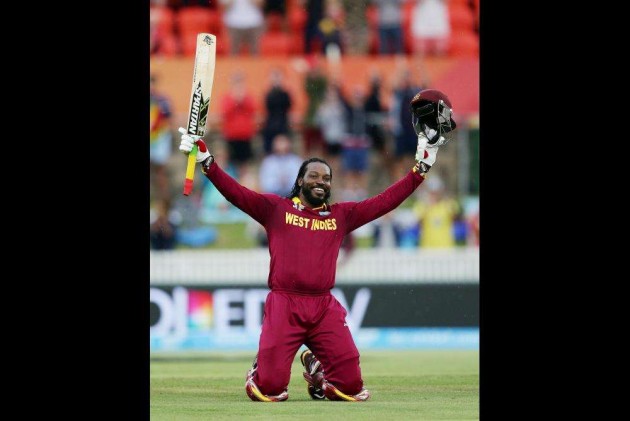 Chris Gayle becomes the first player to touch a double century in a World Cup Match. The West Indies' opener scored an unevitable 215 in 147 ball, taking the score to 372 for the loss of two in their Pool B match against Zimbabwe.

Gayle hit 10 fours and sent 16 sixes. At the other end, unnoticed, Marlon Samuels made his highest ODI score and played second fiddle in a partnership of 372, the highest for any wicket in ODIs.

The master blaster was criticised for his bad form and was under a lot of pressure, as quoted by him in the media reports.

The 35-year-old was dismissed with the last ball of the innings trying for a 17th six but only succeeding in holing out in the deep.