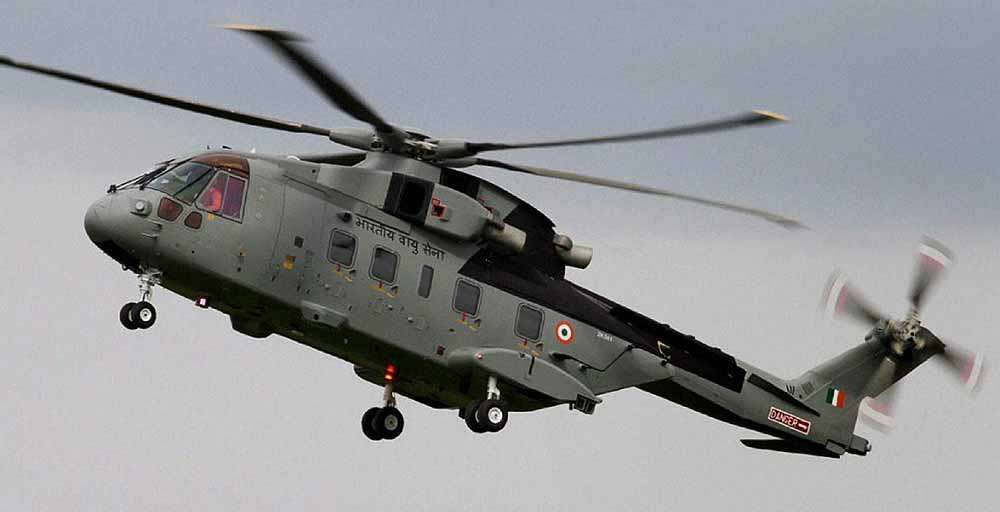 The questioning of two former governors -- MK Narayanan and BV Wanchoo -- has led CBI's probe into the Rs 3,600-crore AgustaWestland VVIP helicopter deal to the role of the previous NDA regime as both have informed the agency that a decision to decrease the flying altitude was taken in principle in 2003, when it was in power.

During the recording of his statement, Wanchoo informed CBI about a meeting held by top officials of the Prime Minister's Office in 2003 in which it was decided in principle to have a "realistic operational requirement" after consulting the elite Special Protection Group guarding the Prime Minister, official sources said here.

This was followed by a letter to Air Headquarters and Defence Ministry in November and December 2003 for having a relook at the purchase of VVIP helicopters and encourage competition, sources said mentioning details of Wanchoo's statement.

The CBI examined the governors first when they were in office. They were part of a March 1, 2005, meeting in which a decision was taken to reduce "service ceiling" (the altitude at which a helicopter can fly) from 6,000 metres to 4,500 metres.

While 63-year-old Wanchoo, who was chief of SPG from 2004 onwards, put in his papers on July 4 after he is believed to have received a call from Union Home Secretary Anil Goswami conveying the government's wish that he submit his resignation, 80-year-old Narayanan, who was the National Security Adviser till 2010, demitted office on June 30.

During the questioning spread over three hours, Wanchoo explained the rationale behind the decision and also said that the National Security Adviser in the former NDA government, Brajesh Mishra, had favoured lowering of service ceiling in 2003, the sources said. The former SPG Chief said that the same decision was reiterated at the March 2005 meeting, the sources added.

He told CBI that the previous regime had taken the decision in principle, keeping in mind the need to encourage competition as well as to change the rules framed for purchasing VVIP choppers in 1970s, the sources said.

CBI has registered a case against former IAF Chief SP Tyagi and 13 others, including his cousins and European middlemen, in the case.

The allegation against the former Air Chief is that he reduced the flying ceiling of the helicopter so that AgustaWestland company was included in the bids. Tyagi has refuted the allegations against him.

However, this decision was stated to have been taken in consultation with the officials of SPG and the Prime Minister's Office, including Narayanan and Wanchoo.

The reduction of the service ceiling -- the maximum height at which a helicopter can perform normally -- allowed the firm to get into the fray as, otherwise, its helicopters did not even qualify for the submission of bids.

CBI claims that the parameters regarding the height at which the helicopter can fly as well as the flight evaluation were changed in a manner that enabled AgustaWestland to clinch the deal ahead of its competitor, Sikorsky.

CBI's request for questioning of Narayanan and Wanchoo had been earlier rejected by the Law Ministry under the previous UPA regime, prompting the agency to send a request to President Pranab Mukherjee's Secretariat seeking permission to record their statement as witnesses.

Law Ministry had declined permission saying the two were in constitutional posts which gave them immunity from prosecution under Article 361 of the Constitution.

The agency has put the investigation in this case on the fast-track and questioned several bureaucrats, including former Cabinet Secretary BK Chaturvedi and Comptroller and Auditor General (CAG) Shashikant Sharma, who was the then Defence Secretary.

In April this year, former Secretary (Security) Sudhir Kumar, former Inspector General (SPG) N Ramachandran, who retired as DGP Meghalaya, and former Special Secretary (Acquisition) in the Defence Ministry, HC Gupta, were examined by the agency as part of its probe.