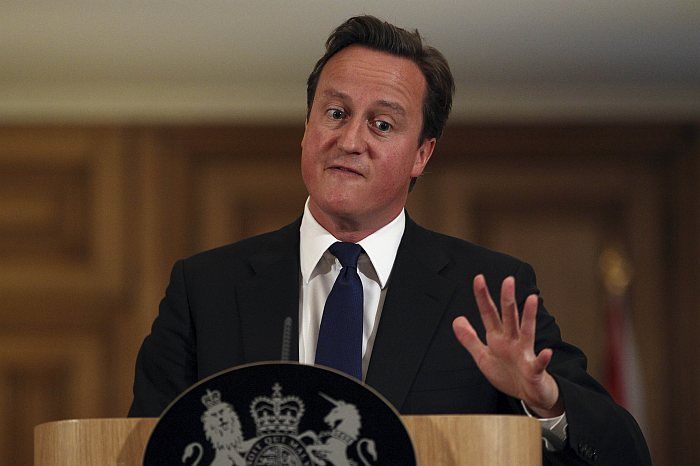 outlookindia.com
-0001-11-30T00:00:00+0553
Arriving here within days of exposure of the Rs 3,600-crore VVIP helicopters scam involving Anglo-Italian firm AgustaWestland, UK Prime Minister David Cameron is likely to be pressed for more information in this regard during his meetings with the leadership on Tuesday.

The visit also comes in the wake of India taking steps to scrap the contract after Italian investigators probed allegations that aerospace group Finmeccanica, the parent company of AgustaWestland, had broken the law by paying bribes to foreign officials.

The helicopters, three of which have already been delivered, are manufactured in southwest England.

India has already issued a note verbale and met with UK Foreign Office officials to get information and assistance in probing the allegations of corruption in the deal, an official spokesperson in the Ministry of External Affairs said.

Yesterday, External Affairs Minister Salman Khurshid had said in Dhaka that the issues pertaining to the chopper deal could come up during discussion with British Prime Minister David Cameron.

Westland used to be a UK firm and was taken over by Italian defence giant Finmeccanica.

Apart from the defence deal, other major issues expected to figure during Cameron's three-day visit would include the Rs 12,000-crore Vodafone tax dues matter and the UK hosting a meeting between the Pakistan and Afghanistan Presidents.

While the Vodafone issue also figured during the recent visit of Finance Minister P Chidambaram to the UK, details of the UK-Pak-Afghan trilateral meet was being "finely studied" by New Delhi.

According to reports from the UK, Cameron also wants to use the trip to correct any misunderstandings about his government's move to bring immigration numbers under control amid concerns that young Indians could be deterred from applying to study in Britain. (More)