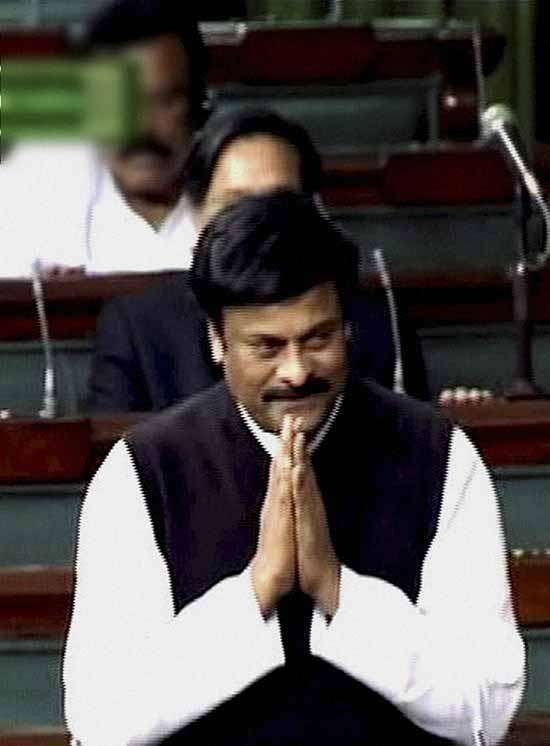 An embarrassed Union Minister K Chiranjeevi beat a hasty retreat today after a youth objected to his jumping the queue to cast his vote in a polling booth here.

Chiranjeevi, who came with his family, was escorted towards the polling booth sidestepping a long queue of voters.

An agitated youth confronted Chiranjeevi asking him how he has bypassed the queue, saying that people have been waiting for more than 90 minutes for their turn. "Why do you expect special treatment on a day like this," the youth asked.

Chiranjeevi, who is the AP Congress Campaign Committee chairman, then went to the end of the queue. The youth was lustily cheered by the people.

The minister later claimed that he had gone directly to the booth to check whether his name was on the list.

"I am not such a person (who will violate the law). I am a person who respects democracy," he said when a large media contingent put posers to him on his action.