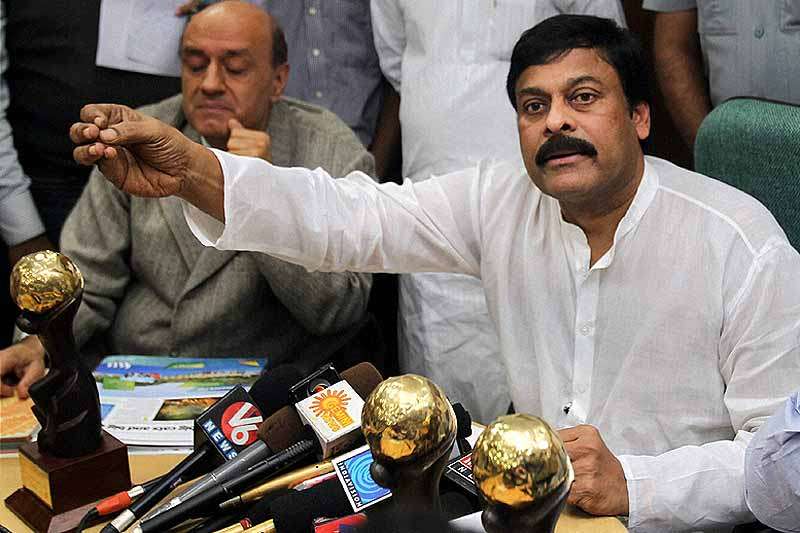 He also admitted Congress was not in a good shape in Seemandhra after bifurcation of Andhra Pradesh.

"It was wrong on the part of Pawan Kalyan to meet Modi who has not apologised for the post-Godhra incidents," he said at a 'meet-the-press' programme organised by Visakhapatnam Journalists Forum.

Kalyan, a popular Telugu actor, who floated Jana Sena Party last week, met Modi in Ahmedabad yesterday and declared his support to his candidature for the Prime Minister's post.

BJP and Jana Sena have also given indications about forming a poll alliance in Andhra Pradesh.

Chiranjeevi rejected suggestions his brother floated the party in view of differences in the family and because he merged his Praja Rajyam Party (PRP) with the Congress.

"There are no differences in the family. We are all happy. We are united. Mr Pawan Kalyan had not expressed his displeasure on merging the Praja Rajyam with Congress."

The filmstar-turned-Minister, who heads Congress campaign committee in residuary Andhra Pradesh, admitted his party was not in a good shape in the State after bifurcation.

"There are some problems in the party in (Seemandhra) after bifurcation. But we will sort out these and strengthen the party."

Chiranjeevi, who had opposed the move to grant statehood to Telangana, however, defended the division of Andhra Pradesh and asserted that Congress committed no mistake.

"Congress had not committed any mistake. All parties were equally responsible for the bifurcation. We will explain to people the circumstances leading to the division. People have confidence in the Congress which will strive for development of all sections of the society," he added.

It is unfortunate that leaders of erstwhile PRP were leaving the Congress and joining other parties, he said.

The Union Minister said he was a committed Congressman and though some parties wanted him to join hands with them, he rejected the offer.

Some political parties, including TDP and YSR Congress, earlier gave letters supporting bifurcation of the State but later did a U-tun to gain political mileage, alleged Chiranjeevi, who merged his party with Congress in 2011.

APCC President N Raghuveera Reddy said the party has launched a bus yatra to reach out to its workers ahead of the Lok Sabha and Assembly polls in Andhra Pradesh.

The yatra, which started yesterday, will tour all the 13 districts of Seemandhra before concluding on March 27.

Asked about Congress poll preparations in Seemandhra, Reddy said, "We will try to win all the 175 Assembly and 25 Lok Sabha seats as the party had committed workers."

Preference will be given to the youth, including members of Youth Congress and NSUI, while finalising candidates, he said.

The APCC chief accused Telugu Desam of encouraging defections from Congress as the Chandrababu Naidu-led party had been left without leaders of repute.

He alleged that former Chief Minister N Kiran Kumar Reddy, who floated his own political party after quitting Congress last month, was "misleading" people on the bifurcation issue.

Kiran all along knew about the party leadership's decision to divide the State, he said.