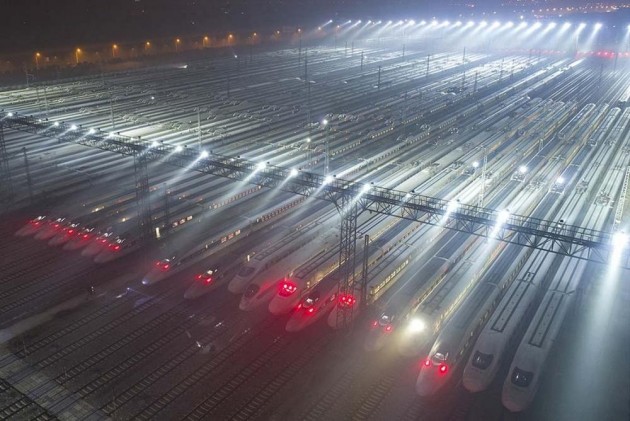 India may have awarded its first bullet train project to Japan but New Delhi should take a "sober" look at China when it comes to solutions for either railway network revamp or the country's forthcoming high-speed rail project, Chinese official media said today.

"Admittedly, India has stayed vigilant against China and has chosen Japan as a partner for the country's first high-speed railway project which is expected to commence in 2018," an article in the state-run Global Times said today.

"However, this doesn't mean that it is in India's best interest to bar China from entering into partnerships on other bullet train projects. It needs to be pointed out that India actually needs China more than China needs India in the arena of steel rail manufacturing and train technology," it said.

The 508-km Mumbai-Ahmedabad high speed corridor, which is the first bullet train project in India, slated to be operational by the end of 2023, aims to reduce travel time from the current nine hours to three hours between the two major metropolis.

Estimated to cost about Rs 97,636 crore, 81 per cent of the funding for this project will come by way of a soft loan from Japan.

"With the Belt and Road (silk road) initiative set to reshape global trade, it is anticipated that countries and regions along the route will benefit considerably from China's exports of its train technology which has been well received in terms of both pricing and quality," the article said.

"It's thus advised that New Delhi take a sober look at its giant north-eastern neighbour when it comes to solutions for either India's rail network revamp or the nation's forthcoming high-speed rails," it said.

China which has made a serious bid for India's high speed train projects is conducting feasibility study for New Delhi-Chennai bullet train corridor.

The article said China has in recent years ramped up efforts to export its high-speed rail technology worldwide, earning the economy a new name card.

But China is keen to get Indian high speed train projects as Beijing hopes it would pave the way for it get orders from the rest of the world.

"The application of trade remedies, as such, certainly builds a shield to protect India's domestic manufacturers, but in the meanwhile the measures also serve to inhibit the nation's rail network from being revamped in an efficient and reliable fashion," it said.

In the last two years India has worked out a number of cooperative agreements with China for the development of railways.

Indian Railway engineers are getting trained in China in heavy hauling, China is also cooperating with India to set up a railway university similar to the one it developed.

Besides the high-speed train, India and China have agreed to cooperate to identify the technical inputs required to increase speed on the existing railway line from Chennai to Mysore via Bangalore.