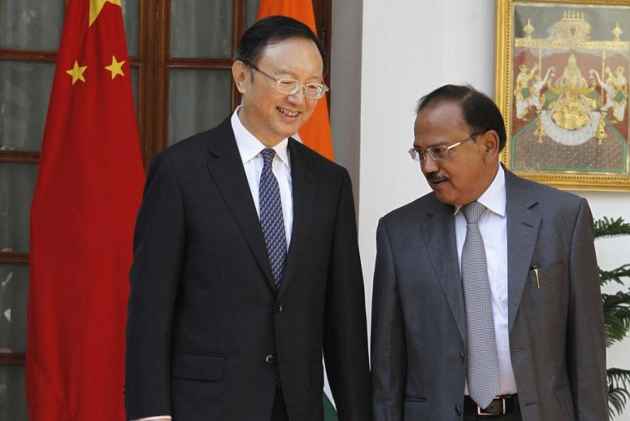 Indian National Security Adviser Ajit Doval's visit to Beijing for a meeting of NSAs from BRICS countries may be key to ease tensions between India and China over the military standoff in Dokalam, a Chinese analyst said.

Doval is scheduled to visit China for the meeting on July 27-28.

The meeting is hosted by his Chinese counterpart and State Councillor Yang Jiechi. It is part of a series of meetings of officials from BRICS countries - Brazil, Russia, India, China, and South Africa - ahead of this year's summit of the five-member bloc of emerging countries in Xiamen city in September.

Prime Minister Narendra Modi is expected to attend the summit.

Ma Jiali, a research fellow at the China Reform Forum thinktank, said Doval's visit may be key and would serve as an opportunity to ease India-China tensions.

His comments came in a piece in The Global Times, the mouthpiece of the Communist Party media group, which generally reflects the views of the ruling party, today. The tabloid has unleashed a barrage of anti-India rhetoric in recent weeks amid tensions between the two countries.

Chinese and Indian soldiers have been locked in a face- off in Dokalam area in the southernmost part of Tibet in an area also claimed by Indian ally Bhutan for over a month after Indian troops stopped the Chinese army from building a road in the disputed area.

Both Doval and Yang are also the Special Representatives for India-China boundary talks. The two sides have held 19 rounds of boundary talks to resolve their differences.

Chinese officials say Doval and Yang may have informal talks to resolve the standoff in Dokalam in the Sikkim sector.

"China would lodge solemn representation with the Indian side during Doval's visit, hoping it could take measures to ease the tension. India may make some requests as a bargaining chip for its pulling out troops," Ma, who specialises in India-China studies, said.

He, however, cautioned that if the two sides failed to reach an agreement on the issue, the China-India ties would be severely damaged.