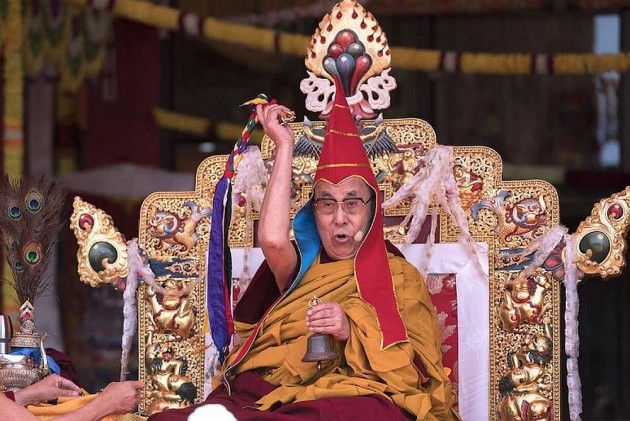 Print
A
A
A
increase text size
Outlook May 02, 2017 10:51 IST China's Ruling Communist Party Claims Some Of Its Officials Were Funding Dalai Lama

China's ruling Communist party for the first time has publicly said some of its officials were funding the Dalai Lama by donating money to the 81-year-old exiled Tibetan spiritual leader, undermining the fight against "separatist" forces.

Some party officials have neglected important political issues and the country's anti-separatist struggle, Wang Yongjun, head of the discipline watchdog in Tibet, which is officially called the Tibet Autonomous Region, was quoted as saying.

It, however, did not reveal the names or the designations of the officials.

This is the first time official media here has come out with a disclosure of Chinese officials' links with the Dalai Lama after he fled from China to India in 1959.

Wang, in an article published yesterday in a magazine run by the CPC, the Central Commission of Discipline Inspection and the Ministry of Supervision, wrote that "some have even donated to the 14th Dalai Lama clique, joined illegal underground organisations and provided intelligence to overseas organisations."

A few party officials are failing to "uphold their political integrity" and are "completely ignoring political discipline," Wang said, adding that such behaviour has affected the CPC coherence and its ability to fight separatism.

China views the 14th Dalai Lama as a "separatist" working to split Tibet from China.

China has been carrying out a systematic crackdown in Tibet and associated prefectures with Tibetan population to eliminate the influence of the Dalai Lama, who is revered and regarded as a spiritual leader heading Tibetan Buddhism.

In recent years, over 120 Tibetans, mostly monks, have committed self-immolations in different parts, calling for the return of the spiritual leader.

His recent visit to Arunachal Pradesh which China calls 'South Tibet' soured the relations between India and China further as Beijing lodged a diplomatic protest and announced Chinese "standardised" named for six places in Arunachal Pradesh in retaliation.