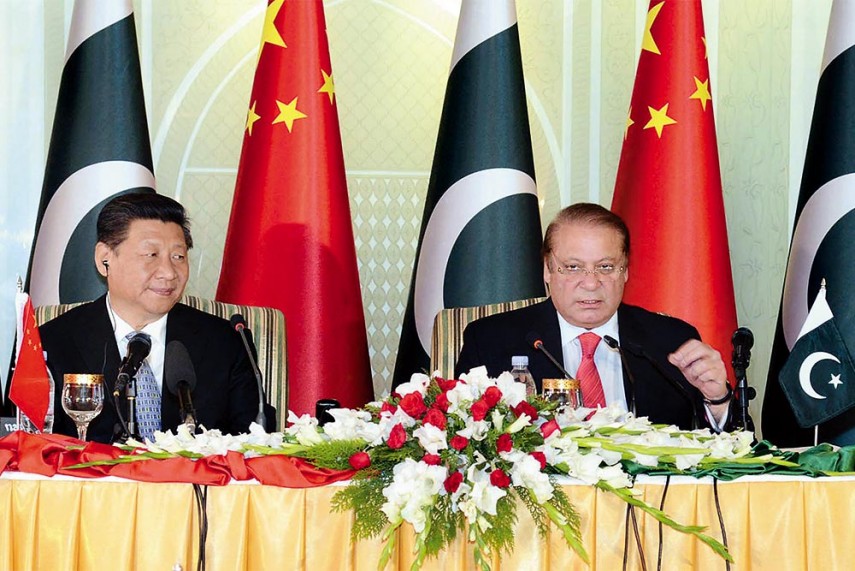 China today skirted a direct response to Pakistan's plan to declare the Gilgit-Baltistan region as its fifth province and said the Kashmir issue should be resolved between India and Pakistan through dialogue.

"The essence of your question is about the issue of Kashmir. China's position on the issue is consistent and clear," she told reporters.

"We believe that it is an issue left over from the history between India and Pakistan and it should be resolved between the two sides through dialogue and consultation through proper manner," she said.

About the USD 46 billion China Pakistan Economic Corridor (CPEC) which goes through Gilgit-Baltistan region over which India has protested to Beijing, Hua said, "the CPEC will not affect China's position on the relevant (Kashmir) issue".

Reports from Pakistan say that the decision to incorporate Gilgit-Baltistan as a new province was taken following pressure from China over the legal status of the two areas which formed part of the CPEC.

India yesterday termed as "entirely unacceptable" any possible attempt by Pakistan to declare the Gilgit-Baltistan region, bordering the disputed Pakistan-occupied Kashmir, as the fifth province.

External Affairs Ministry Spokesperson Gopal Baglay said in New Delhi that any such step would not be able to hide the illegality of Pakistan's occupation of parts of Jammu and Kashmir which it must vacate, forthwith.