Interestingly, every new case reported has been traced to a single patient, the ministry said.

The ministry said the four suspected SARS patients were in close contact with a patient Li, a nurse who was diagnosed with SARS.

The people who have been diagnosed with the disease are Li's parents, aunt and a female patient surnamed Xu who once lived in the same ward with Li.

So far no patients who were in contact with the four have complained of fever, the ministry said.

Li's condition is stable, while 31-year-old suspected SARS patient Yang is also stable, the ministry said adding, so far 337 people who were in contact with the afore-mentioned cases have been put under medical observation in Beijing.

In Anhui province, Song, a patient diagnosed with the disease is recovering and none of the 133 people in close contact with her showed abnormal symptoms, according to the ministry. Song's mother died on April 19, apparently due to SARS.

The reporting of these four cases has sent a chill down the spine of residents of Beijing who vividly remember the panic the deadly respiratory disease had created last April. 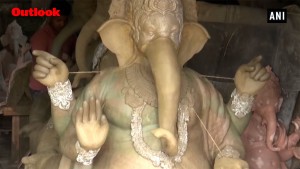