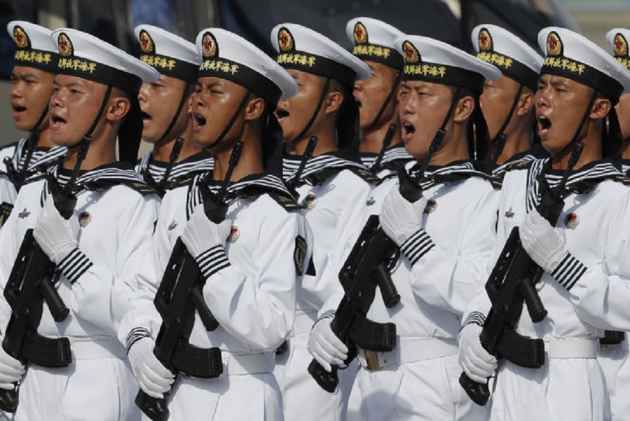 China today dispatched PLA personnel to man its first overseas military base at Djibouti in the strategic Indian Ocean region, a move likely to spark concerns in the US.

Outlook carried an exclusive story of China’s ‘defence base’ in Djibouti  through satellite images.

Shen Jinlong, commander of the People's Liberation Army (PLA) Navy, read an order on constructing the base in Djibouti, and conferred the military flag on the fleets.

The establishment of the PLA Djibouti base was a decision made by the two countries after friendly negotiations, and accords with the common interest of the people from both sides, the PLA navy said.

The base will ensure China's performance of missions, such as escorting, peace-keeping and humanitarian aid in Africa and West Asia, the report said.

The base will also be conducting overseas tasks including military cooperation, joint exercises, evacuating and protecting overseas Chinese and emergency rescue, as well as jointly maintaining security of international strategic seaways, it said.

Djibouti base, which China says is more of a logistical and resting centre than a military base, was under construction since 2011.

It is the first such base being set up by China. The second base is coming up in Gwadar, Pakistan, which links up with China through the USD 50 billion China-Pakistan Economic Corridor (CPEC).

In March this year, Hong Kong-based South China Morning Post had reported that China plans to increase the size of its marine corps from 20,000 to one lakh personnel for overseas deployment, including at Gwadar and Djibouti.

The expansion is planned to protect China's maritime lifelines and its growing interests overseas.

Some members would be stationed at ports China operates in Djibouti and Gwadar in southwest Pakistan, the report had said.

In addition, China also plans to take over the Hambantota port in Sri Lanka as part of a debt swap to firm up its naval operations in the Indian Ocean, much to the disquiet of India.

The bases were being set up as China operationalised its first aircraft carrier and launched the second one which was expected to be ready for operations by next year.

The move to set up base in Djibouti is also likely to raise concerns in the US as the military base is just a few kilometres from Camp Lemonnier, one of the Pentagon's largest and most important foreign installations.

With increasing tensions over China's island-building efforts in the South China Sea, American strategists worry that a naval port so close to Camp Lemonnier could provide a front-row seat to the staging ground for American counter- terror operations in the Arabian Peninsula and North Africa, the New York Times reported.