China's deep-sea manned submersible today carried out its first dive in the southwest Indian Ocean to look for deposits of copper, zinc and other precious metals.

The submersible Jiaolong commenced its dive in hydrothermal area in Indian Ocean this morning.

Earlier, China's State Oceanic Administration (SOA) has described the discovery of poly metallic deposits in the southwest Indian Ocean as "beyond anticipation".

The SOA said that scientists onboard the "Dayang-1" research vessel also gained insights on the origins of carbonate hydrothermal areas and made successful attempts to explore for sulfide.

Hydrothermal sulfide is a kind of sea-bed deposit containing copper, zinc and precious metals such as gold and silver.

Those metals formed sulfides after chemical reactions and came to rest in the seabed in "chimney vents," state-run Xinhua news agency reported

Firming up its foothold in the Indian Ocean region, China has gained approval in 2012 to explore a 10,000 sq km polymetallic sulphide ore deposit in an international seabed region of the southwest Indian Ocean.

The 15 year approval was secured by China from the International Seabed Authority (ISA).

China has also obtained exclusive rights to explore a 75,000-square-km polymetallic nodule ore deposit in the east Pacific Ocean in 2001.

"Being the first task of Jiaolong's Indian Ocean mission, the main purpose of the dive is to test whether all parts of the submersible work well after a four-month-maintenance period," said Fu Wentao, one of the divers of Jiaolong, adding that the depth of the dive is around 2,700 meters to 3,000 meters.

"If the submersible is all fine and there is extra time left, we will carry out some scientific investigations," he said.

"Our scientists want to get some samples of rocks, biology and sulfide in the submarine hydrothermal area," Tao said, adding, "If we are lucky enough to find an active hydrothermal vent, we will try to get a sample of the hydrothermal fluid and test its temperature."

Jiaolong will dive 20 times to research polymetallic sulfides, biological diversity, hydrothermal microbes and genetic resources in the southwest Indian Ocean in a four-month-long mission, according to Yu Hongjun, chief commander of the mission.

Named after a mythical dragon, Jiaolong reached its deepest depth of 7,062 meters in the Pacific's Mariana Trench in June 2012 and started its five-year trial period in 2013. 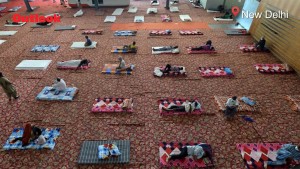