Child Marriage on the Rise in Kerala: UNICEF 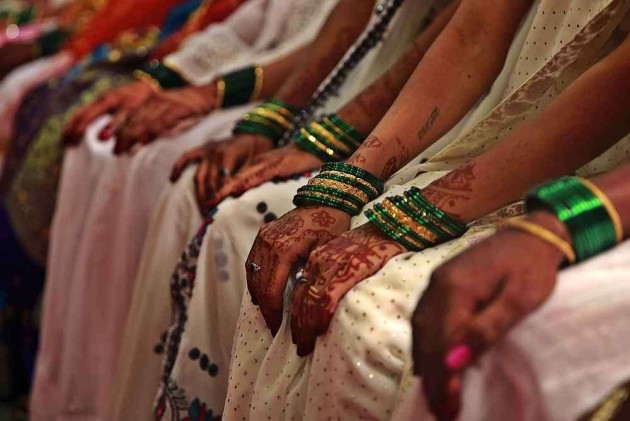 Notwithstanding a better gender balance in the southern part of the country, child marriage has been found to be on the rise in Kerala in recent years, according to UNICEF.

"In the southern part of India we have a relatively better gender balance which explains lower rates of child marriage. Nevertheless, recent studies have shown a rising rate in Kerala," UNICEF's Child Protection Specialist in India Dora Giusti said.

Giusti attributed the phenomenon in the state, considered India's most literate, to migration from the northern part of the country.

"Child marriage is more common among certain groups and among disadvantaged communities. In Kerala it was not the case even a few years back, but of late there has been a rise in it due to migration from the northern part of India," Giusti explained.

"The District Level Household and Facility Survey's latest survey (2007-08) study shows that child marriage is widespread but more prevalent in rural areas (48 per cent vs 29 per cent). Further, child marriage tends to be more commonly practised in low caste and scheduled tribes," she said.

According to a UNICEF report, in India there were more child marriages in rural areas than urban. While 52.5 per cent of currently married women in age group 20-24 years in rural areas and 28.2 per cent in urban areas got married before they were 18 years.

Although the gap between urban and rural areas has almost halved from 30.2 per cent in 1992-1993 to 18.6 per cent in 2007-2008, currently married women in rural areas were twice more likely to be child brides than their urban counterparts, the report said.

Bihar has the highest incidence of child marriage at 68 per cent while Himachal Pradesh with around nine per cent has the lowest incidence, it stated.

Six states — Rajasthan, Madhya Pradesh, Uttar Pradesh, Bihar, Jharkhand and West Bengal — have the highest incidence of child marriage ranging from 51.9 per cent to 68.2 per cent, the report revealed.

In these states, at least one in two currently married women in the age group 20-24 years happened to be a child bride, it said.

Among five out of the six states with the highest incidence, Uttar Pradesh being the sole exception, more than half of the districts have a higher incidence of child marriage than the state average, the report said.