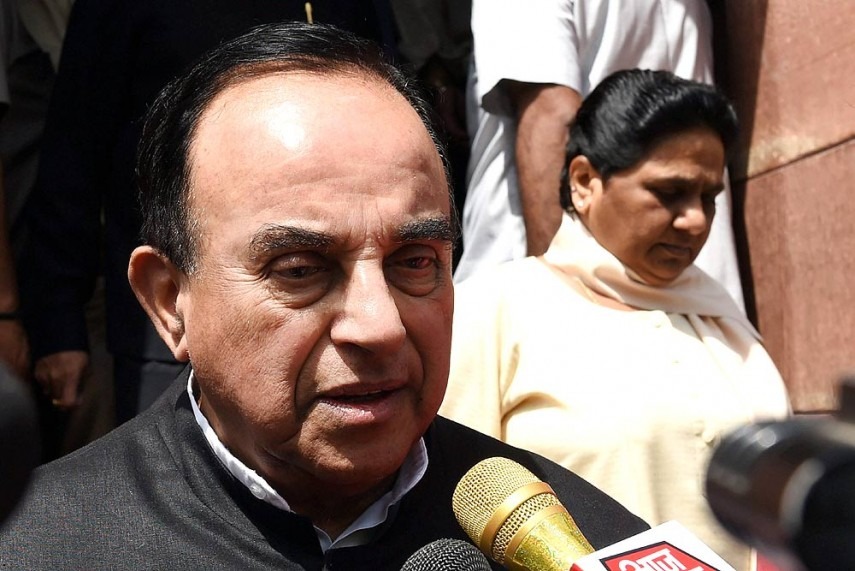 Reiterating his statement, Swamy said the Foreign Investment Promotion Board (FIPB) approvals were given by Chidambaram to benefit his son.

"As far as Chidambaram is concerned, he is perhaps the most corrupt. He has also been the money launderer for Sonia Gandhi. He has flouted every law for which he took oath of office to uphold. The FIPB approvals were given because it suited his son for getting a bribe. Such people have to be prosecuted so that in future, such ministers don't do such things," Swamy told ANI here, adding that at least 16 of the FIPB clearances clearly indicate Chidambaram as having deliberately done an illegal act to benefit his son.

Swamy also accused few Finance Ministry officials to be pro-Chidambaram, saying that he had also opposed their appointment but Finance Minister Arun Jaitley insisted on keeping them.

Countering Chidambaram's 'Government trying to suppress my voice through raids' argument, Swamy mocked at his profession as a lawyer, adding that he is only giving himself wrong airs.

"What voice does he have? He is not an intellectual as he writes research articles. His performance as a lawyer is only coming to get stay orders. This voice business is only giving himself airs without any reason. We have no interest in his writing," he said.

"Why is he fretting and fuming and condemning the government. Come and prove that there is no substance and ingredients of the offence," he added.

With the CBI raiding Chidambaram's residence yesterday in connection with the FIPB approval in several cases, the senior Congress leader and former union minister lashed out at the Centre, accusing it of using national agencies to target his son.

Retaliating against Chidambaram's allegations of the Centre targeting him and his son Karti under the pretence of raids, Union Law Minister Ravi Shankar Prasad on Tuesday, while defending the Central Bureau of Investigation (CBI) said, 'nothing else can be expected from him'.

"Cannot expect anything else from Chidambaram. He is accountable for the property his son holds and will have to answer to the CBI and cooperate with their procedures," he told ANI.

The CBI conducted raids at around 14 different locations in Chennai and also in the national capital in connection with the criminal misconduct in grant of FIPB approval. (ANI)