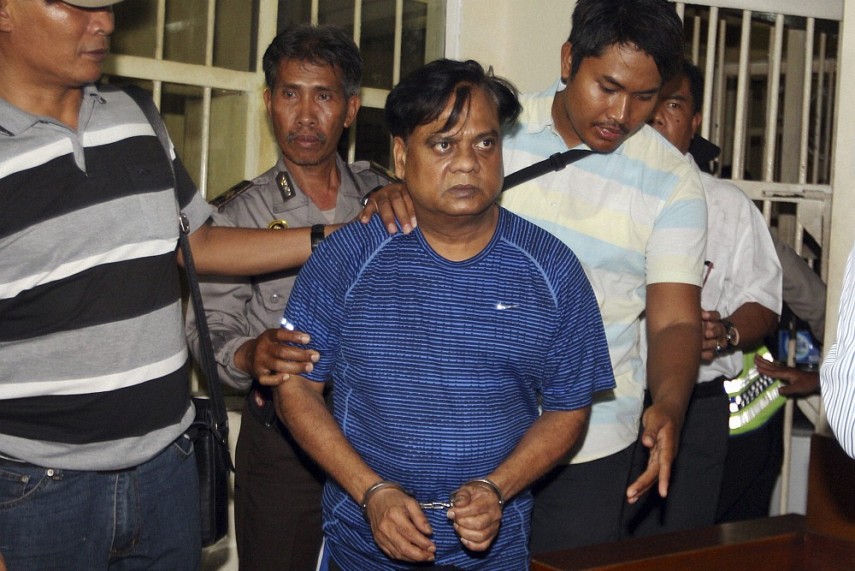 Four persons have been arrested for allegedly hatching a plan to kill gangster Chhota Rajan, presently lodged in Tihar jail, at the behest of his arch rival and fugitive don Dawood Ibrahim's confidant Chhota Shakeel.

The four alleged contract killers, identified as Robinson, Junaid, Yunus and Manish, were arrested on June 3 following which they were sent to police remand and interrogated for five days. Later, they were produced in a court which sent them to judicial custody, a senior police official said today.

He further said, a close aide of Shakeel had first contacted Junaid, who later roped in others into the plan. They were promised Rs 10 lakh for the assignment.

The plan was initially to kill Rajan while on transit to or from court before and after hearings, but that was later changed to attacking him during his hospital visits, the accused told police during interrogation.

Delhi Police's Special Cell zeroed down on the four through telephone intercepts. The accused were in constant touch with Shakeel. Once identified, the four were picked up from their residences in Rohini in Outer Delhi, Seelampur in northeast Delhi, Ghaziabad and Noida, the senior official said.

Police also claimed have recovered a pistol and live cartridges from possession of one of the accused. The four accused are also lodged in Tihar jail, where Rajan is in a high-security ward, the official added.

Rajan (55), who was on a run for around 27 years, was arrested from Bali in Indonesia, based on a tip-off from Australian Federal Police, and brought to India in November last year.