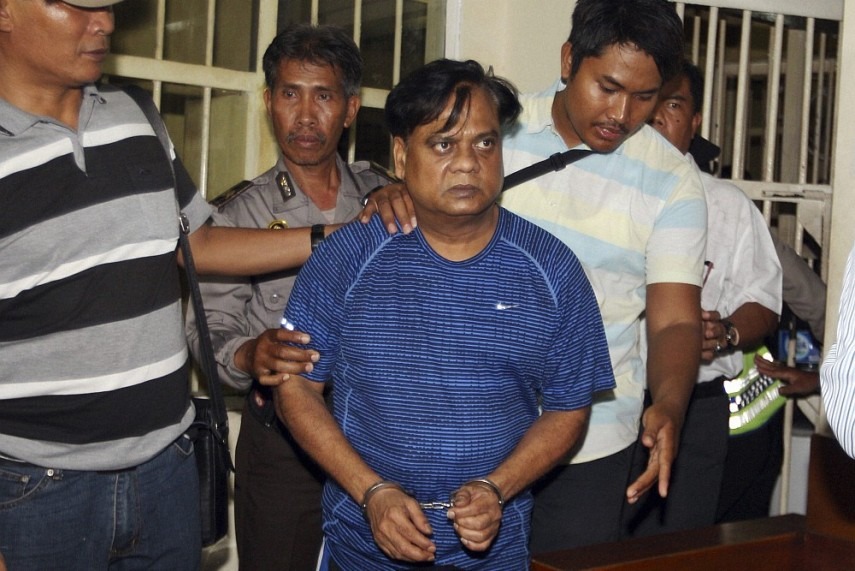 Special Judge Virender Kumar Goyal convicted Rajan for offences including forgery of valuable security under the IPC which entails a maximum punishment of life imprisonment.

Besides him, the other persons who have been convicted are three retired government servants -- Jayashree Dattatray Rahate, Deepak Natvarlal Shah and Lalitha Lakshmanan.

Rajan is lodged in Tihar Jail here. The other three persons, who were out on bail, were taken into custody after the verdict was announced.

The court will tomorrow hear arguments on the quantum of sentence to be awarded to the convicts.

The court had on March 28 reserved its judgement in the case in which Rajan allegedly procured a fake passport in the name of Mohan Kumar with the help of the three government officials.

Lakshmanan had approached the high court to transfer to Bengaluru her trial in the case but the petition was rejected on January 9 on the ground that a district court here could also hear the matter.

All the four persons have been convicted of offences under sections 420 (cheating), 471 (using as genuine a forged document), 468 (forgery for purpose of cheating), 467(forgery of valuable security or will), 419(cheating by impersonation) and 120B (criminal conspiracy) of the IPC and section 12 (offences and penalties) of the Passport Act.

Deported after being on the run for 27 years, the 55-year old gangster, once a close aide of fugitive terrorist Dawood Ibrahim, was brought to India to face trial in over 70 cases of murder, extortion and drug smuggling in Delhi and Mumbai.