Chennai: IAF's Transport Plane With 29 On Board Goes Missing 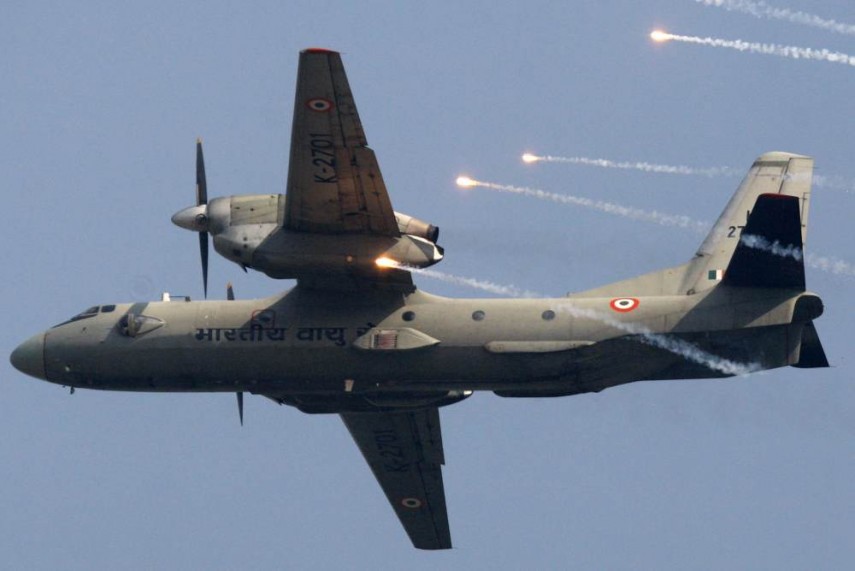 An AN 32 aircraft of the IAF, with 29 personnel on board, including four officers, today went missing over Bay of Bengal on its way from near Chennai to Port Blair raising concerns over its fate.

A massive search and rescue operation has been launched by IAF, Navy and Coast Guard, deploying one submarine, eight aircraft and 13 ships for tracking the upgraded plane which made the last radio contact at 0846 hours, 16 minutes after take off from Tambaram air base.

"The plane is still missing. All efforts are being done to trace the plane and the service personnel travelling on board," Defence Minister Manohar Parrikar told PTI in the evening.

The 29 people on board the Air Force's workhorse for a long period included six crew members, two of them pilots and one navigator. Besides, there were 11 personnel from the IAF including an officer, two from the Army, one from the Coast Guard and 9 from the navy which included some from its armament depot.

"The plane, which was on a routine courier service, took off at about 0830 hours from Tambaram and it was scheduled to land at Port Blair at 1130 hours but it is overdue," IAF spokesperson Wing Commander Anupam Banerjee said.

Defence sources said the plane was at about 23,000 feet when the last contact was established. The aircraft can fly for up to four hours without refuelling.

While IAF has pressed into service a C130 plane along with two AN32, the Navy has deployed two P8i maritime surveillance and anti-submarine warfare aircraft from the strategically important Port Blair, home to India's only tri-service command.

The Navy has also pressed into service two Dornier aircraft and 12 ships with the Eastern Fleet Commander on board for the search and rescue operation.

Navy spokesperson Captain D K Sharma said, "Navy has been deployed in full force in the Bay of Bengal for the search and rescue operation."

Coast Guard has rushed four ships to the spot besides two dorniers.

The Russian built twin engine AN 32 aircraft had undergone an upgrade in Ukraine. IAF has a fleet of over 100 AN32s but the multi-million dollar upgrade programme has been hit due to the crisis in Ukraine.

The aircraft is reported to have had some minor problems this month.

Four ships, which were deployed in the Bay of Bengal on different missions, have been diverted to the search area and eight ships of Eastern Fleet with Fleet Commander embarked onboard which are on return passage from the South China Sea are also proceeding at best speed to join the search operations.

A submarine at sea has also been diverted to the area for locating the transmissions from emergency locator beacon on board the aircraft.

The plane, which has an endurance of over four hours, has an emergency beacon locator, which usually gets activated if there is a crash.

The navy submarine has been sent to track any underwater transmission from the locator.

Flying with the call sign AF-330, the aircraft was part of the 33 Squadron which is based in Sulur.

The last crash involving an AN32 was in 2009 in which the aircraft went down soon after taking off from the Machuka advanced landing ground (ALG) in Arunachal Pradesh.

The AN 32 is the main workhorse of IAF to ferry troops and supplies to forward areas.

It has had a relatively good flight safety record, with the last major crash being recorded in Delhi in 1999, which killed 21 people.