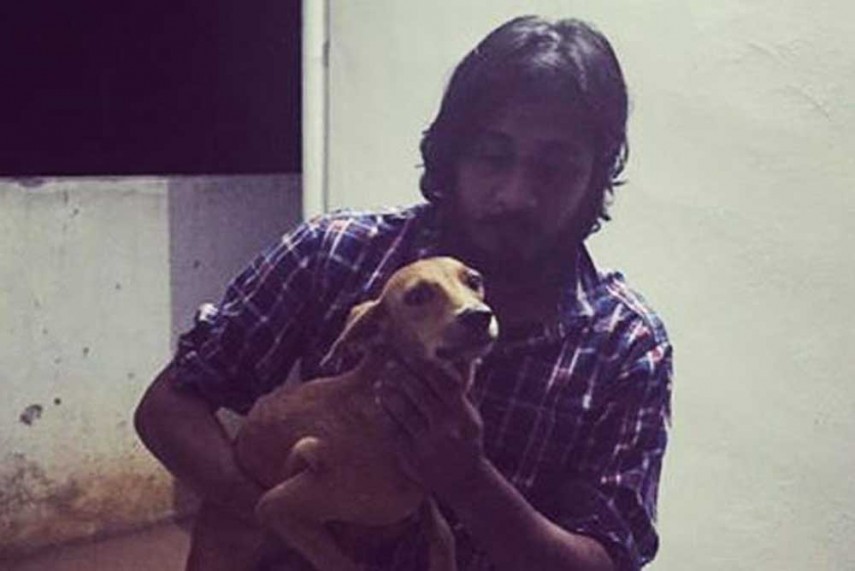 A medical student, who hurled a dog from a terrace, and his friend, who filmed the incident, were today arrested after the shocking video went viral drawing outrage, but the duo was soon released on bail, while the dog was now undergoing treatment and "doing well".

"The duo were granted bail by the court," he told PTI.

The dog was taken to a veterinary hospital for treatment and is doing well, police said.

Gowtham Sudarshan, a final year MBBS student of a private medical college, flung the dog from the terrace of a building here and the act was video allegedly recorded by his friend Ashish Pal.

After the video went viral, animal welfare activists, including Antony Clement Rubin and Jennifer Jacob, lodged a complaint with police which registered an FIR and launched a search for them.

The duo were booked for cruel treatment meted out to an animal under IPC sections 428 and 429 and Prevention of Cruelty to Animals Act (Sec 11 (1-a). Subsequently, they were arrested today.

Rubin said the dog luckily survived and was taken to a veterinary hospital. "It has suffered fractures in its front and rear legs. It is being treated."

"It is nothing short of a miracle that the dog survived," he added.

"People should come forward to lodge police complaints if they come across acts of cruelty against animals without waiting for activists to step in," he told PTI.

Rubin said the dog has been named 'Bhadra' after goddess Bhadrakali.

The college has also formed a panel to look into the allegations against its students.