Chargesheet in Agusta Westland Scam Likely to be Filed This Year: Govt to SC 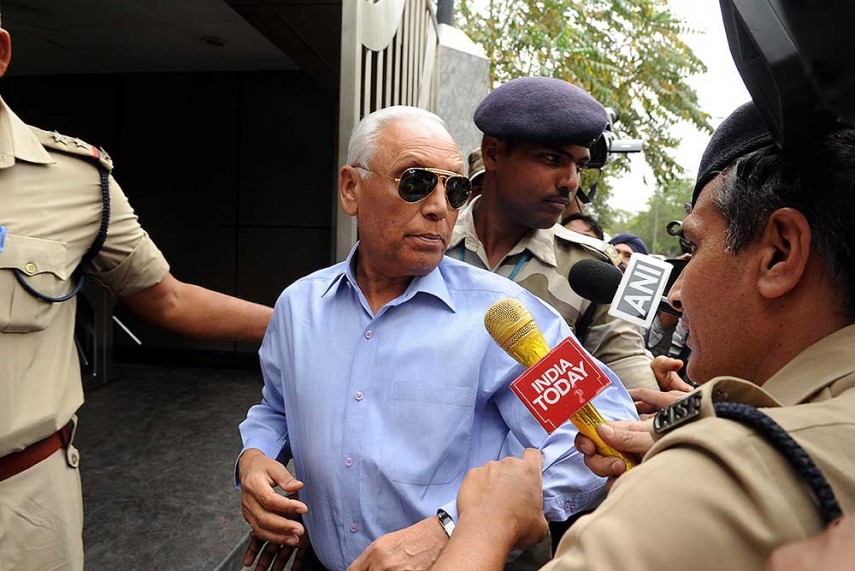 Print
A
A
A
increase text size
Outlook July 15, 2016 12:47 IST Chargesheet in Agusta Westland Scam Likely to be Filed This Year: Govt to SC

Supreme Court today refused to order a court-monitored probe into the alleged role of political leaders, including UPA Chairperson Sonia Gandhi and former Prime Minister Manmohan Singh, in the Augusta westland chopper scam, as the Centre said a SIT probe was already on and the charge sheet is likely to be filed this year.

A bench headed by Justice Dipak Misra, which had earlier issued the notice to the Centre and others including CBI, disposed of the PIL that sought a probe against political heavyweights whose names were allegedly referred to in the Italian court's verdict.

During the hearing, Solicitor General Ranjit Kumar said the petition was infructuous as the relief sought in it has already been addressed by lodging of an FIR in 2013.

A Special Investigating Team (SIT) has been set up and the chargesheet in the case will be filed soon, he added.

Taking the submissions of Solicitor General on record, the bench disposed of the PIL and also directed expunction of remarks made in the petition that some alleged accused were awarded constitutional posts.

Petitioner advocate M L Sharma alleged that FIR was not lodged against persons whose names have been referred to in the Italian court's verdict and no investigation was done against those who were allegedly involved in reducing the ceiling height of VVIP chopper.

To this, Solicitor General said the investigation was still on and no accused against whom there is evidence will be spared.

"Nobody is above law. If there are evidence against anyone in the case, he or she will be booked as per law. Charge sheet is likely to be filed this year against the accused," Kumar said.

The apex court, however, granted liberty to Sharma to approach it again if the CBI does not book any accused in the case despite having evidence against him or her.

The court had on May 6 sought the Centre's reply on the PIL. CBI had in 2013 registered a case in connection with alleged bribes paid by the firm to Indians to clinch the deal for 12 helicopters to ferry VVIPs including the President and Prime Minister.

The plea, which has made Ministry of Defence and CBI as parties, had sought registration of FIR against those persons whose names figured in the judgement delivered by the Italian court in Milan on April 7 this year.

It had sought a court-monitored SIT or CVC probe and also raised legal questions including whether the Italian court's decision was "not enough" to initiate prosecution.

The plea had said the probe began in Italy in 2011 into the allegation that AgustaWestland paid a commission of Euro 51 million (over Rs 350 crore) to Switzerland-based consultant Guido Ralph Haschke to facilitate the deal.

"The scope of the Italian probe will end at the point where the alleged commission money reaches India. The probe will not go into who was paid the money in the Indian establishment or how the funds were worked around within the power circles of New Delhi," it had said.

"That action has been taken in Italy on VVIP helicopter scam. The CEO of the company has been arrested. But no action has been taken here. The country which would have benefitted from the deal has taken action while the country which lost money has not done anything," it said, adding the petitioner apprehended that the case may meet the same fate as that of the Bofors scandal.

CBI had in 2013 registered a case in connection with alleged bribes paid by the firm to Indians to clinch the deal for 12 helicopters to ferry VVIPs including the President and Prime Minister.

A case was lodged for alleged cheating, corruption and criminal conspiracy in the Rs 3,600 crore deal, in which Rs 360 crore is alleged to have been paid as kickbacks.