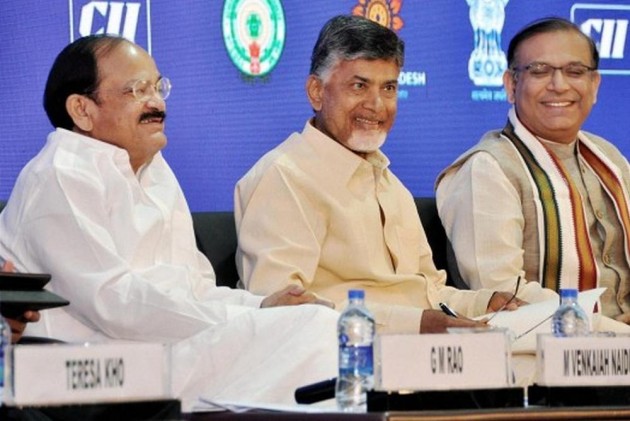 In the wake of currency crunch caused by demonetisation of Rs 500 and Rs 1,000 notes, Andhra Pradesh Chief Minister N Chandrababu Naidu wrote to the Centre listing a set of demands, including release of cash worth Rs 10,000 crore in smaller denominations for the state last night.

He also sought waiver of user charges on all online transactions and supply of 'point of sale' swiping machines at a subsidy of 80 per cent.

"Treat AP as a special case and release smaller denomination notes to meet the people's needs," Chandrababu wrote in the letter.

"We will bring whatever cash is required for the people of the state. People also should make use of technology and cooperate with the government in this hour," Chandrababu told reporters later.

"From December 1, we will start cashless ration distribution through the 29,000 fair price shops," he said.

Noting that people were apprehensive about security issues in online transactions, the Chief Minister said he requested the Centre to link all bank accounts with Aadhar card and iris imprint and finger prints.

"Right now user charges are being levied heavily on online transactions and PoS machines. The user charges should be waived and people given incentives to encourage cashless transactions," Chandrababu added.