Chamling Sworn In As Sikkim CM for Record Fifth Time 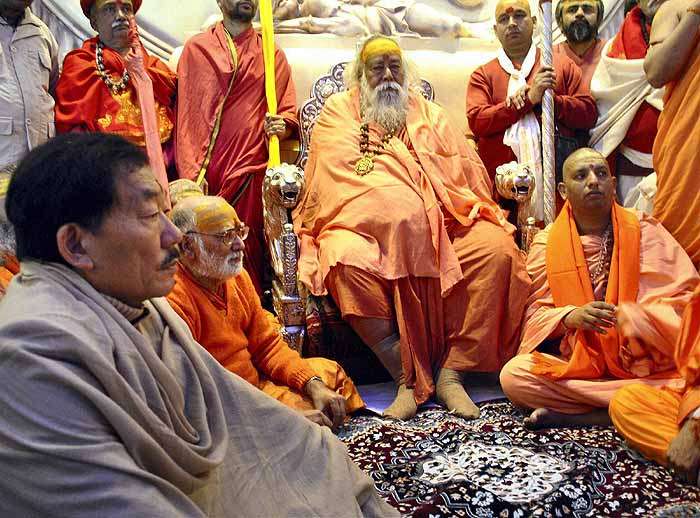 Print
A
A
A
increase text size
Outlook May 21, 2014 12:23 IST Chamling Sworn In As Sikkim CM for Record Fifth Time

Pawan Chamling was today sworn in as Sikkim Chief Minister for the record fifth consecutive time.

Governor Shriniwas Patil administered the oath of office to Chamling and 11 ministers at a function in Raj Bhawan.

The Chamling-led Sikkim Democratic Front (SDF) had secured a two-thirds majority in the Assembly elections winning 22 seats out of 32.

He was yesterday elected as the SDF Legislature Party leader following which the Governor invited him to form the government.

In power since December 12, 1994, the 63-year-old Chamling has already completed two uninterrupted decades as the CM of the erstwhile Himalayan kingdom which had merged with India in 1975.

After being sworn in for the fifth consecutive time, he was on his way to break the late Communist patriarch Jyoti Basu's record of being India's longest serving chief minister.

Somnath Poudyal would be in-charge of agriculture while Ugen Gyasto Bhutia was given tourism and the ministry of commerce and industry.

The lone woman minister Tulshi Devi Rai would look after the departments of water security, public health and engineering.

T W Lepcha would look after forests and science, while A K Ghatani was the new health minister.