Centre Rubbishes Rumours of Death Due to Polio Vaccine

Print
A
A
A
increase text size
Outlook January 17, 2016 22:10 IST Centre Rubbishes Rumours of Death Due to Polio Vaccine

The Centre today rubbished rumours that polio vaccination caused death of children in Jammu and Kashmir and asserted that no such incident has happened and asked the state administration to "counter the misinformation".

"No such incident has happened", said a senior official from the Union Health ministry adding that the government is in touch with the Jammu and Kashmir administration and has told them to "do the needful to counter this misinformation at all levels".

The Union Health Ministry emphasized that such rumours are unfortunate and affect ultimately the common people.

The rumours spread this morning across the state resulting in huge rush of panicked parents bringing their children for check-ups after the dose of polio vaccination.

However, the authorities completely rubbished the rumours.

Medical practitioners said the vaccine cannot lead to death of the children.

As the rumour spread, former Chief Minister Omar Abdullah said on Twitter "Everyone must play whatever part they can to stop this attempt at using rumours to spread unnecessary panic."

In another tweet, he took a dig at the state government saying, "In the meantime the people who should be governing & dealing with this are posturing & playing to the galleries." 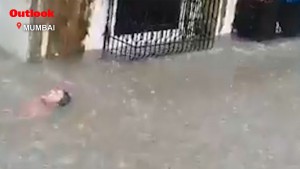