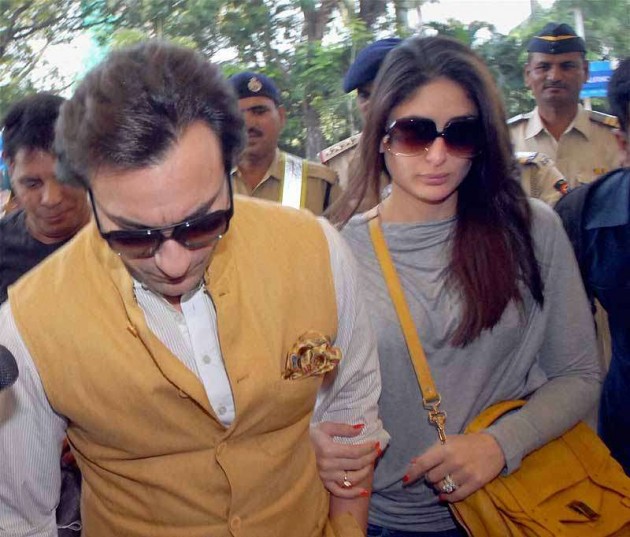 Reacting to a controversy surrounding her actor husband Saif Ali Khan over his Padma Shri honour, Bollywood actress Kareena Kapoor Khan today claimed that the Centre has no plans to take it back.

"They (government) are not taking Saif's Padma Shri back. The government has already issued a letter saying they are not taking his Padma Shri back. It (letter) is out and I think the media should have received the letter by now... Though the verdict of this case is not yet out," Kareena told reporters here at a promotional event of her upcoming film 'Singham Returns'.

The controversy erupted after RTI activist S C Agrawal had filed a complaint with the Union Home Ministry on March 14 this year, demanding stripping the actor of the award conferred in 2010 as the Mumbai court had framed charges against him for alleged scuffle in a restaurant there.

In response to a subsequent RTI application filed to know the status of his complaint, the Home Ministry has replied to Agrawal that "the matter is under examination".

In 2010, Saif was conferred with the Padma Shri for his contribution in the field of art. In 2012, it is alleged that Saif had punched on the nose of a South-Africa based businessman and his father-in-law at a Colaba hotel.