Censor Board 'Not Functioning With Enough Teeth', Says Madras HC 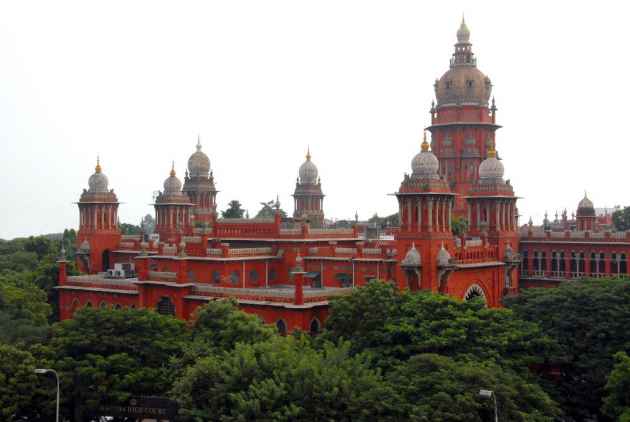 Print
A
A
A
increase text size
Outlook May 31, 2017 18:31 IST Censor Board 'Not Functioning With Enough Teeth', Says Madras HC

Observing that the censor board "is not functioning with enough teeth", the Madras High Court has suggested that the central and the state governments bring in appropriate legislation to regulate content in films and also those available on various Internet platforms.

"With advanced technology in use in film industry now, the Cinematography Act in its present form, we apprehend, may not be effective. It needs amendments to meet the new kind of situations in the industry arising out of the influence of information technology," a division bench, comprising justices S Nagamuthu, who retired on May 30, and Dr Anita Sampath, said.

"The censor board is not functioning with enough teeth," it said.

The court made the observations while detailing the plight of a school girl, who was influenced by movies and was sexually exploited by a boy, resulting in her getting pregnant.

The judges also closed a habeas corpus petition filed by the girl's mother seeking to produce in court her daughter, hailing from Mayailaduthurai in Nagapattinam district, and directed the state to bring in appropriate legislation to regulate publicity materials such as posters and flex boards.

The case relates to the disappearance of the girl along with a boy, who later married her, following which her mother filed the petition.

During an inquiry by the court, the girl had disclosed that she was influenced by some Tamil movies, in which heroines were apparently attracted by heroes who stalked them with an intention of winning their love.

It was submitted that the girl was a good student and scored 441 marks out of 500 in class X examinations and aimed to become a doctor.

Trouble started on May 26, 2015 when she went to school and did not return home. Her mother then approached police, who registered a "girl missing" case.

As efforts by police to trace the girl did not yield results, her mother filed the habeas corpus petition.

Delay in the proceedings resulted in the division bench directing the Superintendent of Police, Nagapattinam district, to monitor the probe. It was then brought to the court's knowledge that the girl was sexually exploited.

Also, the accused (boy) had been arrested for offences under the POCSO Act and remanded to judicial custody.

The girl during the enquiry disclosed that she married the boy at a temple in Bhavani town in Erode district.

She also said the boy had taken her to Kerala where they stayed for some time before coming to Madurai and that she had been sexually exploited, resulting in pregnancy.

The judges, distressed with the statement of the girl, while referring to the influence of films, in their order said, "somehow or the other a few films escape the eyes of the censor board and they are exhibited for public viewing. Such kind of films having the potential to spoil young minds and tend to cause irreparable damage to the well-being of children and ultimately to the society at large."

The bench then referred to a film "New", in which there were several vulgar scenes, catering to the baser instincts of the audience.

The judges also directed to revoke the certificate issued to the film and also summoned the Regional Officer, Central Board of Film Certification, Chennai, to appear before it.

The censor board official, in the counter-affidavit, submitted that the board was strictly implementing the rules and said it was the audio-visual contents of disturbing nature available on media like YouTube and others, which influence young minds.

Stating that it is very difficult for government authorities such as police, collectors and censor board officials to visit various places to ascertain if there is any violation of Tamil Nadu Compulsory Censorship of Film Publicity (Materials) Act, 1987, and rules, the bench directed the government to appoint officers with required powers to curtail the menace of showing uncensored scenes in films.

The bench made absolute the interim orders passed by it on March 20, handing over custody of the minor girl to her mother and closed the habeas corpus petition.