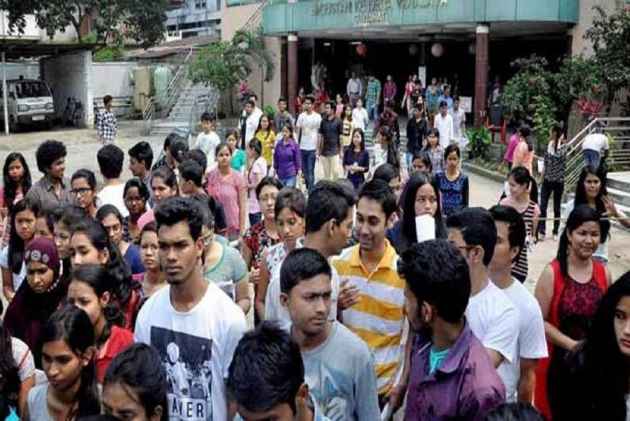 The pass percentage of the Class X CBSE(Central Board of Secondary Education)  exam in the Delhi region has fallen to 78.09 per cent, a a sharp dip of over 13 per cent since last year's 91.06 per cent, officials informed on Saturday.

The CBSE on Saturday announced class X results for five regions - Delhi, Chennai, Allahabad, Dehradun and Trivandrum. Results of the remaining regions will be announced later in the day.

The pass percentage has been steadily dipping over the years. From a pass percentage of 98.40 in 2013, the number slumped to 91.76 per cent last year. This has further plummeted to 78.09 this year.

At the national level, too, pass percentages for Class X exams have been slipping since 2014. This year, overall, 90.95 per cent of students who appeared for the exams managed at least a passing grade. This is a few notches below 2014 pass percentage of 98.87 per cent and even last year's 96.21 per cent.