CBI Suffered From Credibility Gap in Past Decade: Jaitley 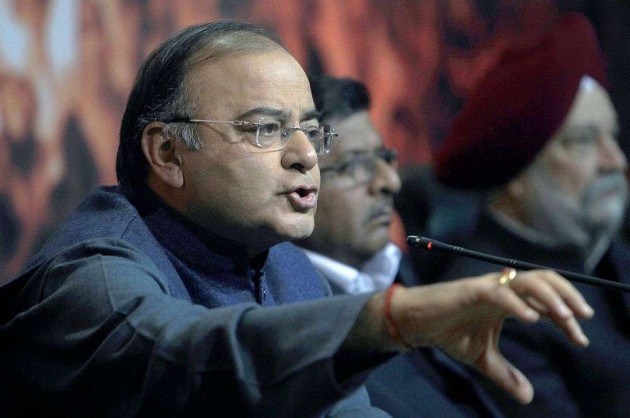 Print
A
A
A
increase text size
Outlook April 18, 2014 14:19 IST CBI Suffered From Credibility Gap in Past Decade: Jaitley

BJP leader Arun Jaitley today said that the CBI had suffered from a credibility gap over the last decade as the agency's directors were being "controlled" by the ruling party to "victimize" political opponents.

"The agency has suffered a credibility gap in the past ten years. The CBI as an organization is substantially controlled by its directors. The directors were chosen by the Government and not by any balanced collegiums," he said.

These directors were controlled not only by the government, but even by key functionaries of the ruling party, he added.

"There were several cases in which persons close to the government had to be helped", Jaitley opined.

"Similarly, there were cases where persons opposed to the government had to be victimized. Some of the charge sheets filed against the BJP in Rajasthan and Gujarat are unsustainable," he added.

Delhi is full of rumours these days about the disclosures made by a prominent businessman who acted as a front for many politicians and officials, he said, adding that these were further likely to erode the credibility of the CBI since prominent names connected with the CBI are also mentioned in this regard.

"A full public disclosure of this information is now necessary. Everybody must be honest. Certainly the CBI officials must be more honest than the others," he said.

He complimented former West Bengal Governor, Gopalkrishna Gandhi, for his comments on the investigative agency.

"Gopal Gandhi was invited to deliver the D P Kohli Memorial lecture which is annually organized by the CBI. After analyzing the statutory scheme of functioning of the CBI, Gandhi linked the CBI to the dirty tricks department of the Government. This should shake the conscious of the officials of the CBI", Jaitley said.

Talking about Narendra Modi's campaign, he said, "Modi was declared as BJP's prime ministerial candidate on September 13, 2013. Since then, he has singularly addressed 380 rallies in the country. Most of these rallies had been attended by lakhs of people.

" I had initially thought that fatigue would set in after an initial enthusiasm. That does not seem to be happening. Additionally, there have been at least 300 rallies in the 3D format which he has already addressed. Another 300 are likely to be addressed by him. I do not remember if any single individual has undertaken personal campaign of this magnitude in the recent history," he said.

Talking about the drug menace in Punjab, Jaitley said, "Yesterday, I was addressing a public meeting at Rajasansi. The loudest cheer was reserved for a comment made against the drug addiction in the state. Enthusiastic applause came from that section of the audiences where a large number of women were seated. This explains it all. Drugs are not grown in Punjab".

Narcotics are smuggled from across the border, he said, adding that some indigenous drugs that were cultivated in Rajasthan were also available here.

"There is no solution to this problem except strictest of enforcement. All drug availability must be cut out at its very source. The borders have to be completely sealed to make it impossible for anyone to smuggle drugs in the state," he said.

Even in interstate travel from other states, strict enforcement has to be undertaken, he said, adding that this might involve the harassment of some but that was unavoidable.

"Narco- terrorism is the new form of insurgency. It should be dealt accordingly", he quipped.

Meanwhile, Jaitley visited villages around the fencing area along Indo-Pak border, where he interacted with the farmers and inquired about the problems they are facing.

During rallies in village Bachiwind and Chogawan, he attacked the Central government for stopping compensation scheme for non cultivation of agriculture land, started by Atal Bihari Vajpayee-led NDA government, for farmers having lands beyond the fencing areas.

He alleged that it was the sheer act of indifference on the part of the Centre's UPA government.

Jaitley asked his rival Congress candidate Amarinder Singh to go to farmers around the fencing areas and explain them the reasons for stopping the compensation scheme.