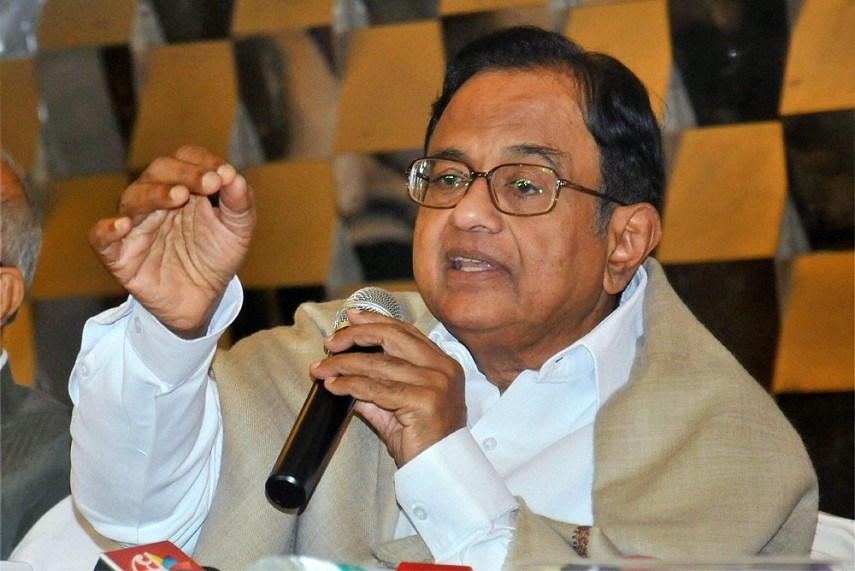 With the CBI raids underway at former finance minister P. Chidambaram and his son Karti's various residences, the Congress has asserted this is political vendetta of the worst kind.

"Strongly condemn raids against Chidambaram and Karti Chidambaram. Political vendetta of the worst kind," he tweeted.

Congress leader Pramod Tiwari said the BJP has always initiated such things with the intention of taking revenge, be it in the Virbhadra Singh case, National Herald case or the present raids.

"Right from the day the BJP came into power, it has launched investigations with the intention of taking revenge. It is using the CBI and other legal tools against all its opponents. It did so in Virbhadra Singh case, National Herald, against Manmohan Singh also. Same is it doing now against Chidambaram, who is known for his honesty," Tiwari told ANI.

With the raiding the Chidambaram residence here today in connection with the FIPB approval in several cases, the senior Congress leader lashed out at the Centre, accusing it of using national agencies to target his son.

Asserting that every case was processed according to law, Chidambaram added that the approval was granted or refused in accordance with the recommendations of the FIBP consisting of five Secretaries to the Government of India.

"The government, using the CBI and other agencies, is targeting my son and his friends. The government's aim is to silence my voice and stop me from writing, as it has tried to do in the cases of leaders of Opposition parties, journalists, columnists, NGOs and civil society organizations. All I will say is, I shall continue to speak and write," the senior Congress leader added.

Meanwhile, the CBI is expected to raid Chidambaram's native place in Karaikudi also.

The raids are happening at around 14 different locations in Chennai and also in the national capital in connection with the criminal misconduct in grant of FIPB approval. (ANI)