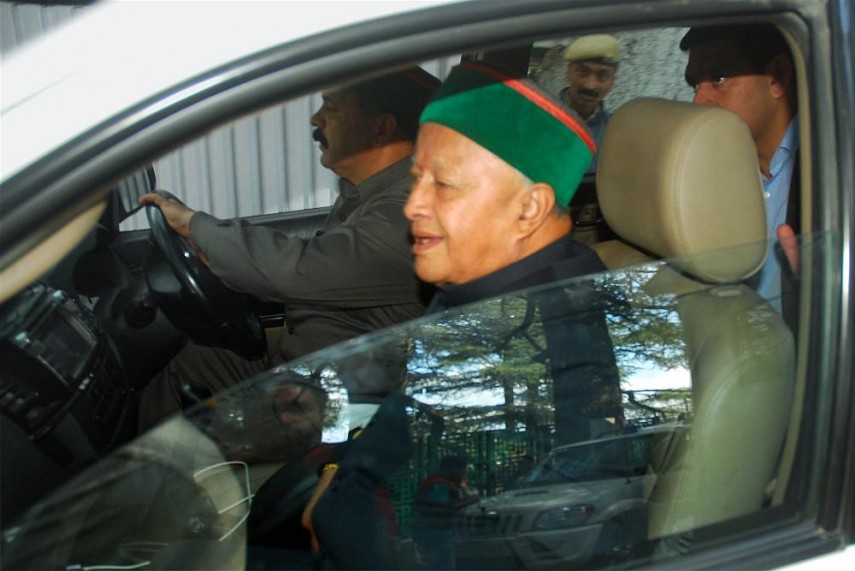 Himachal Pradesh Chief Minister Virbhadra Singh was today questioned by CBI for over seven hours in connection with a case of disproportionate assets allegedly amassed during his stint as Union Minister.

CBI sources claimed that he failed to offer any explanation when confronted with evidence against him. However, when asked what kind of evidence was being referred to, they declined to elaborate.

"CBI has a fool proof case against him, his associates and partners in criminal conspiracy regarding the assets acquired in the name of his children and wife," an official said.

They claimed during questioning Singh put the onus of explaining the assets of wife and children on them. The sources said that his son Vikramaditya had claimed during CBI preliminary enquiry that some of his assets were from money provided by his father.

CBI sources said the 81-year old Chief Minister arrived at the agency headquarters in his black Skoda with tinted glasses to avoid media glare at around 10 am and was questioned till 5.30 pm.

The agency had initiated an inquiry which had allegedly showed that Singh, while serving as Union Minister during 2009-2012 (UPA rule), had allegedly accumulated assets worth Rs 6.03 crore (approx) in his name and in the name of his family members which were found to be disproportionate to his known sources of income, CBI has said.

The allegations have been strongly refuted by Singh.

In a statement, CBI spokesperson had alleged that Singh had invested his unaccounted income in LIC policies in his name and in the name of his wife and other family members through a private person by showing the same as agricultural income.

"This was done by creation of MoU purportedly dated June 15, 2008 for maintenance of an apple orchard, with the said private person (Chauhan) for a period of three years. The private person had allegedly deposited Rs five crore cash (approx) in his own bank account and debited the same through cheques for purchasing various LIC policies in their names," CBI had said.

It had said Singh allegedly attempted to legitimize the same as agricultural income by filing revised Income Tax Returns in 2012.

"The agricultural income as claimed by him in his revised ITRs was not found to be tenable. The then Union Minister had allegedly accumulated other assets disproportionate to known sources of income," CBI has alleged.