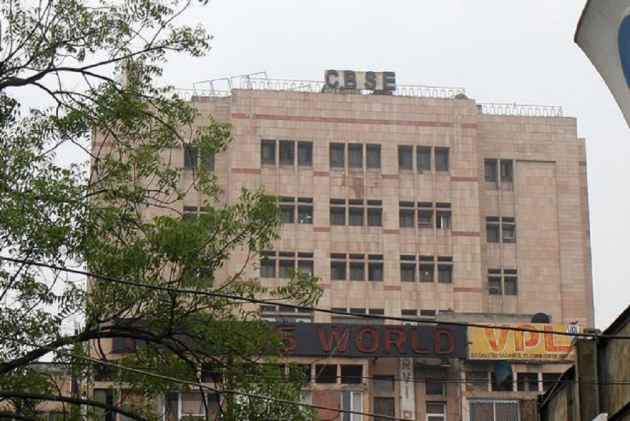 Print
A
A
A
increase text size
Outlook May 27, 2017 09:58 IST CBI Files FIR Against CBSE Officials In NET Scam

The Central Bureau of Investigation (CBI) has filed an FIR against Director (IT) of the CBSE Antriksh Johri, the representative of Venus Digital Service and Venus Digital Service, Kapil Soorma, besides some other unidentified officials of the Central Board of Secondary Education (CBSE) in connection with the National Eligibility Test (NET) scam.

The FIR has been made on the allegation that the NET this year seemed to be hanging in the balance, as the private firm which was given contract to scan the answer-sheets had not been able to complete the work, prompting the CBI to file an FIR against it.

The CBI has also collected documents from the CBSE office, but the agency officially didn't divulge any details about the searches.

The CBSE conducts a number of examinations throughout the year which includes the medical entrance exam, the exam for recruitment to Kendriya Vidyalaya Sangathan, Navodaya Vidyalaya Samiti and the UGC-NET.

Wherever the examination consists of objective type questions, the answers to the same are marked in Optical Mark Reading (OMR) sheets which are subsequently scanned.

The selection of a company is done by the CBSE through an open tender for the same.

The contract to scan answer sheets for selecting Assistant Professors for Universities and Junior Research fellows among others was given to Venus Digital.

The work for 412 centres in 18 cities was given at the rate of Rs. 25,000 per centre to the company, which the CBI says was done without any tender and at arbitrary rates.

It is alleged in the FIR that the work order to the tune of Rs. 1.03 crore covering 412 centre in 18 cities was given to the company despite it being on record of the CBSE that the firm does not exist at its Karol Bagh address.

For the remaining centres of 72 cities, the OMR sheets were to be brought to CBSE Delhi and then scanned, it alleged.

It is further alleged that Venus Digital was not able to carry out scanning at all the 412 centres earlier intimated by them for which work order was issued, which resulted in much of the OMR sheets not being scanned as of now.