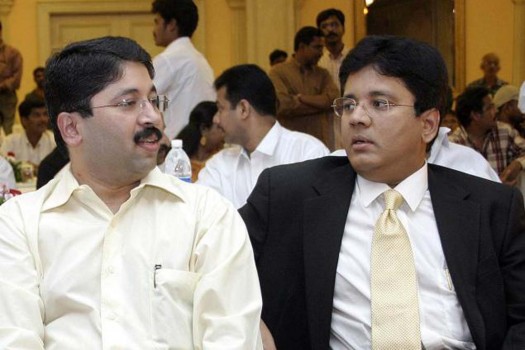 The Central Bureau of Investigation (CBI) has filed a chargesheet against former union minister and DMK leader Dayanidhi Maran and his brother Kalanithi Maran among others in the telephone exchange scam.

Dayanidhi Maran, as the then union telecom minister, has been accused to have extended high-speed data lines provided at his residence in Chennai to the private channel Sun TV, owned by his brother Kalanithi Maran, for the channel’s uplinking. This is estimated to have caused a loss of Rs 1.78 crore to the exchequer.

Apart from the Maran brothers, the CBI has also named two of the then Chief General Managers of BSNL, two executives of Sun TV network and an aide of Dayanidhi Maran in the chargesheet.

The charge sheet has been filed in a Special Court in Chennai under IPC sections related to criminal conspiracy and forgery and relevant provisions of the Prevention of Corruption Act, the CBI said.

The agency has alleged in the chargesheet that a total of 764 telephone numbers were provided to Dayanidhi Maran when he was the telecom minister during 2004-07 for which no bills were raised causing a loss of Rs 1.78 crore to BSNL, Chennai and MTNL, Delhi.