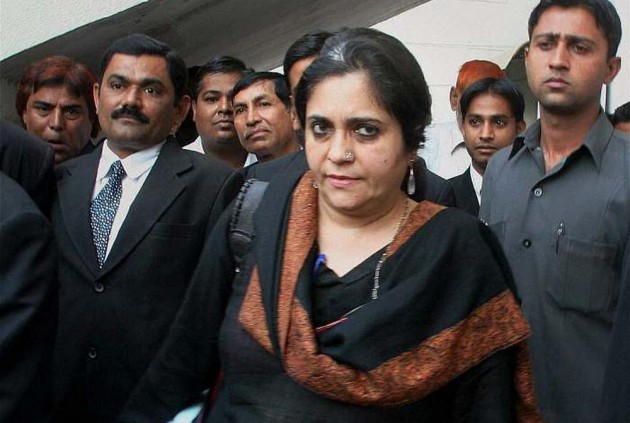 A charge sheet has been filed by CBI against social activist Teesta Setalvad, her husband Javed Anand and a company run by them for alleged violation of foreign funding rules.

The charge sheet, which has listed the firm Sabrang Communications and Publishing Private Limited and a man named Sushma Raman, was filed on Saturday in a court in Mumbai, CBI spokesperson R K Gaur said today.

The probe agency had in July 2015 registered a case against Setalvad, who was at the forefront of campaign for 2002 Gujarat riot victims, and others for alleged violation of Foreign Contribution Regulation Act (FCRA) in receiving funds from abroad without taking prior permission from the Home Ministry.

The charge sheet has been filed under Section 120 B of Indian Penal Code (criminal conspiracy) along with FCRA 2010 and FCRA 1976, the spokesperson said.