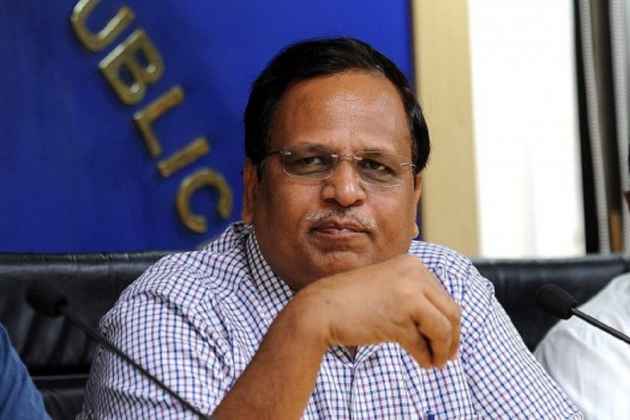 The CBI on Monday went to Delhi health minister Satyendar Jain's residence to seek clarifications from his wife in connection with an ongoing inquiry into allegations of money laundering against him.

CBI sources said the agency had sought time from the minister's wife.

"Central govt (sic) of BJP is misusing CBI for its vendetta politics. After Dy CM Manish Sisodia, BJP's CBI raids on Minister," the party said in a tweet.

Jain had dismissed the allegations after the Enforcement Directorate last month attached properties linked to him in the matter.

A PE is the first step by the CBI to gather information about allegations.

If the agency is convinced that there exists prima facie material in the matter, it may register a regular case against the accused.

Allegations against Jain also include purported money laundering to the tune of Rs 11.78 crore during 2010-12 through these companies and Indometal Impex Pvt Limited.