outlookindia.com
-0001-11-30T00:00:00+0553
New Delhi, Jan 27 (PTI) After his controversial theories on population and minorities, RSS chief K S Sudarshan today said the caste system earlier was "non-discriminatory" and every caste was given "job reservation" under it.

"Caste system used to be like a fence around the farm. Those who violated its rules were ostracised. It was not discriminatory. Rather, it provided for job reservation. Every caste was given reservation in a particular job. A mason cannot do the carpenter's job and a carpenter could not do a sweeper's job," he said.

He was addressing the valedictory function of the centenary celebrations of Dada Saheb Apte, the founder of multilingual news agency Hindustan Samachar and the Vishva Hindu Parishad.

Sudarshan said though discrepancies and shortcomings crept into the system over a period of time, the village continued to be a single unit and everyone used to be treated on par.

"A Brahmin father would scold his son, if he called an elderly person from the Balmiki community (sweepers) by name. He would ask the child despite being a Brahmin to call the elderly person his uncle," the RSS chief said, adding "the mutual respect and culture in the villages was such that nobody used to feel the untouchability".

"Every caste had a Panchayat and if anybody was dishonest to his profession, he used to be penalised," Sudarshan said.

The RSS chief had earlier asked Christians to Indianise the Church. He was in news recently when he asked Hindus to produce not less than three children. 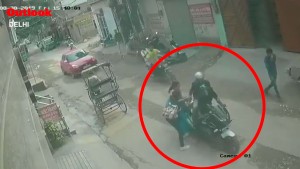