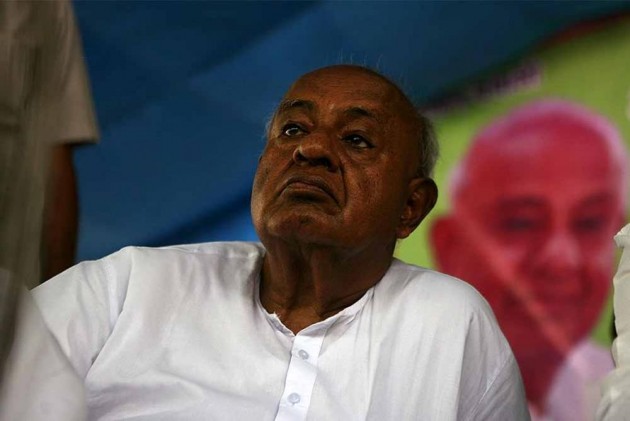 Former Prime Minister and JDS supremo H D Deve Gowda today said a cashless and digital economy was "difficult" for India and the situation of farmers after government's demonetisation move has turned "worrisome".

"The positive and negative effects after demonetisation have to be seen. It has been 40 to 45 days now, they (Union government) themselves have realised that it is not an easy task," Gowda said.

Speaking to reporters here after meeting coconut growers, he said, "Cashless, digital economy is difficult for us. The situation is such that day-by-day the condition of farmers has turned worrisome."

Gowda, who had implemented a voluntary Disclosure Scheme (VDS) to unearth black money during his tenure as Prime Minister during 1996-97, has been critical of the Narendra Modi government's demonetisation move.

He has previously accused the government of carrying out demonetisation in a "haphazard" manner causing "unimaginable  sufferings" to the people.

Gowda also urged the central and the state governments to look into the issues faced by farmers growing plantation crops like coconut and areca nut, and address them.

He said "it is the duty of government to protect the  interest of the farmers, and both the Centre and state have  responsibility to bear."

Continue FREE with Ads Pay Rs. 1 to Read Without Ads
READ MORE IN:
H.D. Deve Gowda National
Next Story : Woman And Teenage Boy Blow Themselves Up During Raid In Bangladesh
Download the Outlook ​Magazines App. Six magazines, wherever you go! Play Store and App Store