Case Should Be Filed Against Mulayam For Allowing Firing On Karsevaks, Says BJP's Katiyar 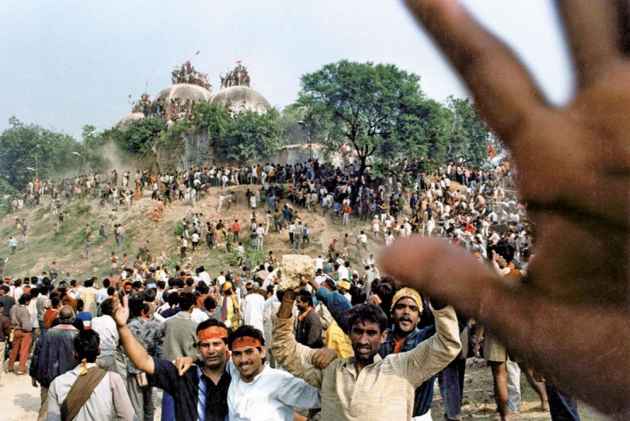 Print
A
A
A
increase text size
Outlook May 30, 2017 18:55 IST Case Should Be Filed Against Mulayam For Allowing Firing On Karsevaks, Says BJP's Katiyar

BJP leader Vinay Katiyar today targeted Samajwadi Party leader Mulayam Singh Yadav saying that a case should have been lodged against the former chief minister over the firing by police on karsewaks in Ayodhya in 1990.

Katiyar's comments came after a special CBI court today framed charges under section 120(B) of the IPC (criminal conspiracy) in a 1992 Babri mosque demolition case against him, BJP veterans L K Advani, Murli Manohar Joshi and Union minister Uma Bharti and some others.

Speaking to reporters here, Katiyar refused to say much on the development in the court but attacked Yadav over the police firing that took place in 1990, when the latter was the chief minister.

"He (Mulayam) himself has admitted that 16 people were killed. He murdered them, he should be booked for it. Babri Masjid was not there, the place belongs to the Ram temple and even the High Court has passed the order," Katiyar alleged.

He was asked to comment on the framing of charges against him and others by a CBI court.

"I don't want to say anything on this, the court has to take the decision and we will follow it," he added.