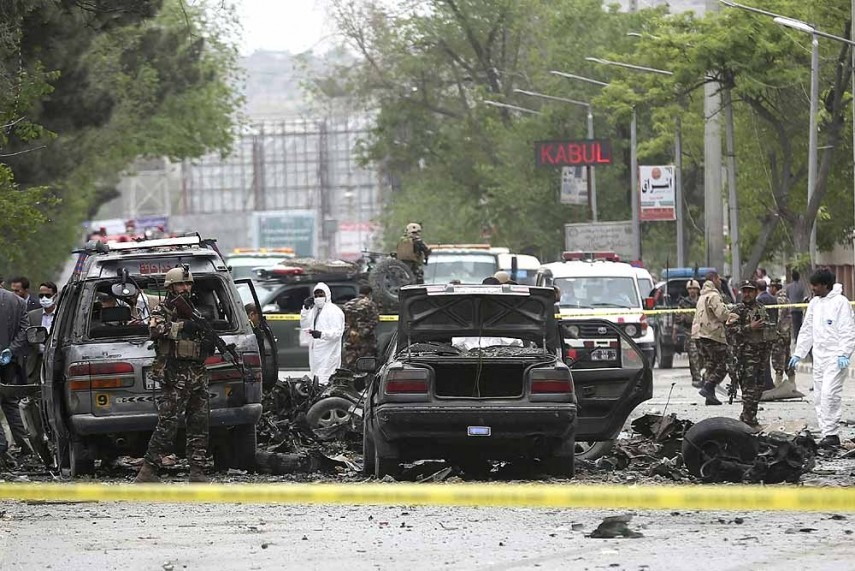 A suicide car bomber killed 18 people in the eastern Afghan city of Khost today, officials said, in the first major insurgent attack at the start of the holy fasting month of Ramadan.

No group has so far claimed responsibility for the bombing, which provincial authorities said targeted Afghan security forces working with American troops in Khost province.

The attack is the latest in a series of assaults on Western-backed forces as the Taliban step up their annual spring offensive and the insurgency expands more than 15 years after they were toppled from power in a US-led invasion.

"The target was a public bus station which was hit by the bombing. The victims were in civilian clothes and it is difficult to verify their identities at this stage."

But provincial police chief Faizullah Ghairat said the victims were civilians and members of the elite Khost Provincial Force (KPF) working with US troops.

The brazen attack comes just a day after at least 15 Afghan soldiers were killed when Taliban fighters attacked their base in Kandahar, in the third major insurgent assault this week on the military in the southern province.

The assault in Shah Wali Kot district followed insurgent raids earlier this week on military bases in the same area and Maiwand district, bringing the death toll among Western-backed troops to around 60.

The battlefield losses mark a stinging blow for NATO- backed Afghan forces and have raised concerns about their capacity to beat back the resurgent Taliban.

Afghan forces are beset by unprecedented casualties and blamed for corruption, desertion and "ghost soldiers" who exist on the payroll but whose salaries are usurped by fraudulent commanders.

During another deadly Taliban attack on security outposts in southern Zabul province on Sunday, local officials made desperate calls to Afghan television stations to seek attention because they were unable to contact senior authorities for help.

The pleas for attention, a major embarrassment for the Western-backed government, highlighted the disarray in security ranks.

The Taliban launched their annual spring offensive in late April, heralding a surge in fighting as the US tries to craft a new Afghan strategy.

The United States and several NATO allies are considering sending thousands more troops to break the stalemate against the resurgent militants.