Can't Allow Our Seas To Be Turned Into 'Zones Of Contention', Says India 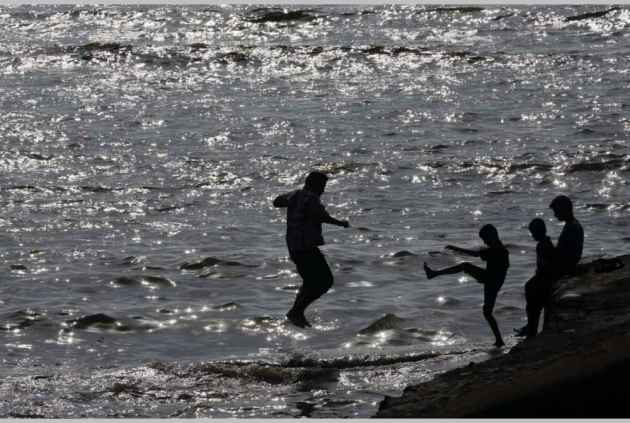 Seas cannot be turned into "zones of contention", India has said as it reiterated the importance of freedom of navigation on the high seas and resolving maritime disputes by peaceful means, amid China's assertiveness in the South China Sea.

"The rapid and sustained economic growth across oceans is proof that the world's economic engines are purring to a new tune in the 21st century. We must turn this into the harmony of a great choir, where each of us is an equal voice," Minister of State for External Affairs M J Akbar said yesterday, addressing the UN Ocean Conference in the General Assembly here.

The Ocean Conference, which opened at the world body’s headquarters on June 5 and will wrap up today, is the first ever such summit convened by the UN.

The conference focuses on the targets outlined in the 2030 Agenda for Sustainable Development, adopted by Governments in 2015. It aims to presents a platform for the world to reverse the precipitous decline of the health of the oceans and seas with concrete solutions.

Addressing the conference on World Oceans Day, Akbar stressed that the 21st century will be shaped by the principles of "equality and sovereignty" and those who believe in discord have no place in a choir.

"The nations of oceans are often called small. We do not believe in small or big: every nation is sovereign. Capacities might vary, but all nations have equal rights," he said.

He emphasised that seas cannot be turned into zones of contention, adding that secure and open sea lanes are critical for peace, stability, prosperity and development.

"We cannot allow our seas to turn into zones of contention. An age of shared prosperity demands co-operation… In this context, India reiterates the importance of freedom of navigation and overflight on the high seas, unimpeded lawful commerce, as well as resolving maritime disputes by peaceful means," in accordance with universally recognised principles of international law including the 1982 UN Convention on the Law of the Sea, Akbar said.

Given that India has over 7,500 km of coast, more than a thousand islands and with more than a third of Indians living along the coast, Akbar said India is acutely aware of the challenges and opportunities that oceans represent - from sustainable fisheries to prevention and control of marine litter and plastic pollution, from affordable renewable energy to eco-tourism and early warning systems for disaster risk reduction and management, building resilience and adaptation to climate change.

Akbar stressed that fishermen deserve to be at the core of any action plan that is arrived at in global summits such as the Ocean Conference.

"We must devise actionable means to improve their lives; to minimise the conflicts that arise from competition, and, most of all, end the exploitation that is often their fate. Our rules, regulations and laws must serve the impoverished first," he said.

He cited the ambitious Sagarmala project launched last November in India that focuses on port modernisation, connectivity and coastal community development involving more than 400 projects over the next two decades.

He informed the global summit that India continues to expand its development partnership, especially with Small Island Developing States (SIDS). India has committed a sum of 500 million dollars as grant-in-aid and a billion dollars in soft loans for its SIDS partners over the next three years.